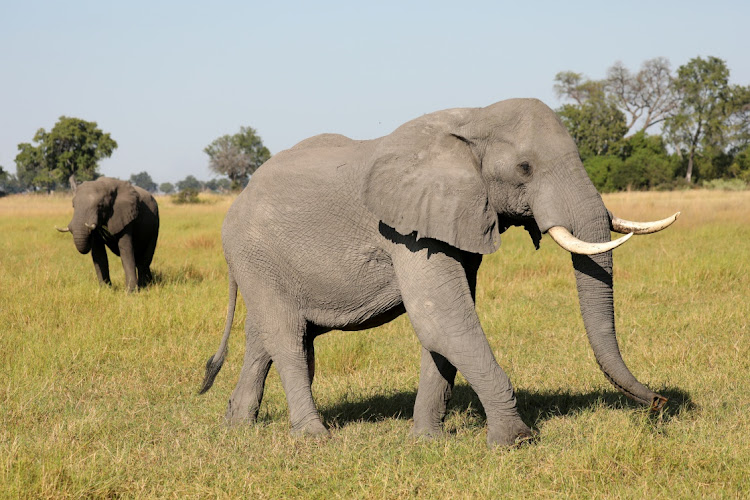 Botswana will auction licences on Friday to hunt a total of 70 elephants in seven districts, the first such hunting to take place since President Mokgweetsi Masisi lifted a five-year ban on big game hunting last May.

Africa's overall elephant population is declining due to poaching but Botswana, home to almost a third of the continent's elephants, has seen numbers grow to 130,000 from 80,000 in the late 1990s.

Botswanan officials say hunting is necessary to ease conflict between animals and humans, especially farmers who have seen their crops and infrastructure destroyed by elephants roaming outside their feeding zones.

A spokeswoman for the Department of National Parks and Wildlife said the licences would be for controlled hunting areas and that the auction was open only to companies registered in Botswana.

"There are seven hunting packages, of 10 elephants each, available. The seven areas chosen are those most impacted by human-wildlife conflict, especially involving elephants," Alice Mmolawa told Reuters.

The World Wildlife Fund for Nature (WWF) on Monday welcomed the reported decline in the number of rhino and elephant lost to poaching in SA.
News
1 year ago

Officials said on Tuesday three bidders had registered to participate in the auction, and that discussions were underway to consider whether a bidder could buy more than one licence.

Botswana and its neighbours Zimbabwe, Zambia, Namibia and South Africa have in the last few years reconsidered conservation laws to try and balance the need to protect sought-after species such as elephants, rhinos and buffalo from poaching while managing the danger they pose as they encroach on areas of human habitation.

"Elephants have killed a lot of people and destroyed livelihoods. I think government is doing the right thing in reducing their numbers," said Tiro Segosebe, a Gaborone resident whose home village of Maun is one of the areas most affected by the human-wildlife conflict.

Environmentalists are divided on the best means to manage the conflict, with some fearing licensed hunting could fuel demand and thus encourage even more illegal poaching.

The killing of "Cecil the Lion" four years ago by an American tourist in Zimbabwe sparked international uproar, and in 2019 Botswana banned two professional hunters who shot dead a research elephant and then tried to hide the evidence.

"Hunting elephants may not be a standard tool of sustainable use of natural resources, or the best method of alleviating the problem of human-wildlife conflict," said Neil Fitt, former chief executive of the Kalahari Conservation Club (KCC).