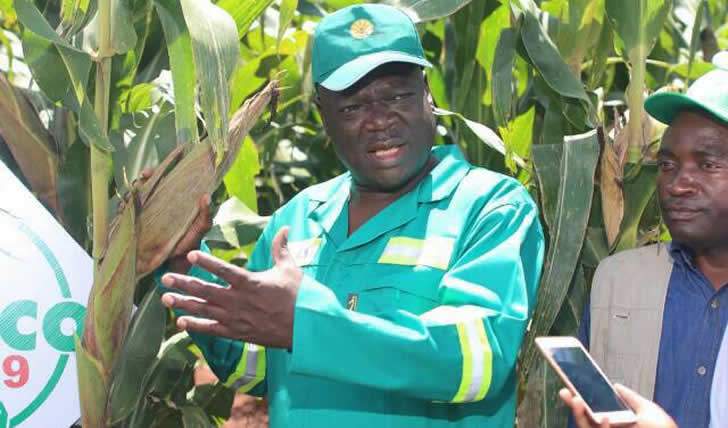 Shiri, 65, was rushed to a private hospital in Harare. Presidential spokesperson George Charamba said Shiri didn’t attend cabinet on Tuesday because he had gone into self-isolation after the death of his driver.

News of his death started trickling in on Wednesday morning, and president Emmerson Mnangagwa confirmed the death of his key ally via Twitter.

“I am deeply saddened to inform the nation of the death of the minister of agriculture, air chief marshal (retired) Perrance Shiri, a long-time friend and colleague. Comrade Shiri was a true patriot who devoted his life to the liberation, independence and service of his country. MHRIP,” Mnangagwa tweeted from his official account.

I am deeply saddened to inform the Nation of the death of the Minister of Agriculture, Air Chief Marshall (rtd) Perrance Shiri, a long time friend and colleague. Cde Shiri was a true patriot, who devoted his life to the liberation, independence and service of his country.MHRIP pic.twitter.com/r2FBeRNPpT

After independence, he was trusted with commanding the Fifth Brigade, a North Korean-trained politically-inclined military wing fingered in the killing of thousands of civilians perceived to be Joshua Nkomo’s Zapu supporters in the Matabeleland and Midlands provinces.

For that he was nicknamed “Black Jesus” because he determined who could live, and also “The butcher of Balagwe” in reference to mass graves of defenceless civilians killed in Matabeleland South.

In 1992 Shiri was moved to Zimbabwe's air force and in 1998 he commanded  Zimbabwean troops in the second Congo war.

He retired from the army after the November 2017 coup in which he played a big part and took up a cabinet post. He was revered as one of the power brokers in the Mnangagwa establishment.