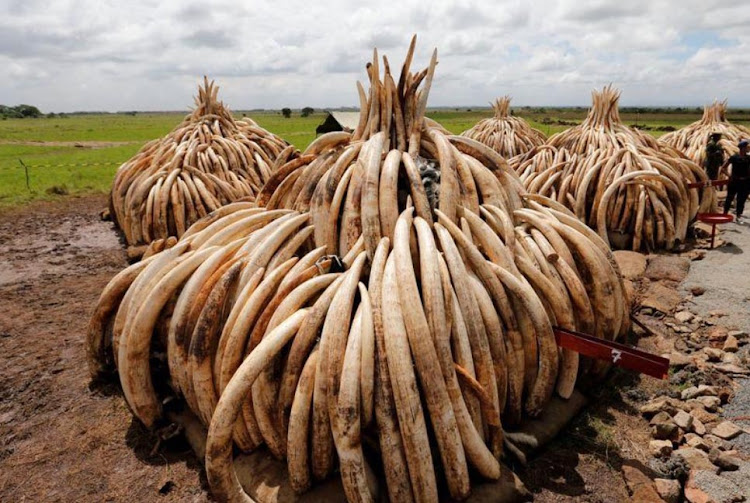 Mobanza Mobembo Gerard, known as Guyvanho, has been jailed by the DRC authorities for ivory trafficking. Guyvanho led poaching expeditions in the central African country for 3 decades and may have been responsible for the deaths of over 500 elephants since 2008.
Image: REUTERS

The Republic of the Congo has jailed a notorious poacher for 30 years for ivory trafficking and the attempted murder of park rangers.

Conservation group Wildlife Conservation Society (WCS) hailed the case as a milestone in the fight to hold wildlife criminals to account.

Mobanza Mobembo Gerard, known as Guyvanho, led poaching expeditions in the central African country that may have killed over 500 elephants since about 2008, WCS said.

His trial and sentencing last week marked the first criminal conviction of a wildlife trafficker in the country. Previously, environmental crimes were tried in civil courts and incurred a maximum sentence of five years.

The sentence “sends an extremely strong message that wildlife crime will not be tolerated and will be prosecuted at the highest levels”, WCS regional director Emma Stokes said on Monday.

The attempted murder charges against Guyvanho were connected to a 2019 incident when his poacher group allegedly fired at and wounded members of a ranger patrol in Nouabale-Ndoki National Park, WCS said.

The park covers 4,000km² in the north of the republic. Its dense lowland rainforest has been a refuge for the region's rare forest elephants, which were confirmed to be a separate species from the larger African savannah elephant only in 2010. — Reuters