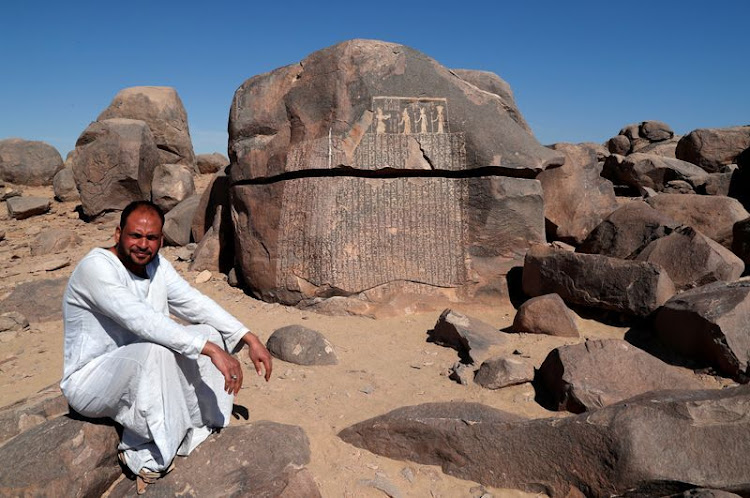 A granite inscription tells us that for seven years during the reign of the ancient Egyptian king Djoser, the Nile failed to go through its annual flooding cycle, causing a devastating drought and famine.
Image: SUPPLIED

A granite inscription tells us that for seven years during the reign of the ancient Egyptian king Djoser, the Nile failed to go through its annual flooding cycle, causing a devastating drought and famine.

The hieroglyphs on Nile’s Sehel Island near Aswan in southern Egypt are more than 4,000 years old, but worries about the natural rhythm of the Nile, which provides 90% of Egypt's fresh water, are of no less importance today.

“The Nile does not reach its previous levels in the winter and summer flows,” said 52-year-old Abdel Hares Mohamed, a resident of Aswan who gives Nile boat rides to tourists.

Officials say Egypt currently has around 570 cubic meters (150,000 gallons) of water per person per year. Experts consider a country as water poor if its supply is less than 1,000 cubic meters per person annually.

Experts blame population growth, climate change and a giant hydropower dam built by Ethiopia on the Blue Nile, which Egyptian authorities say poses a threat to its water security.

Ethiopia says it has taken the needs of Egypt and Sudan into account in the construction and scheduled fillings of its Grand Ethiopian Renaissance Dam (GERD).

While modern day Egyptians can still empathise with King Djoser's plight, the measures he took to counter the drought would not get much support today. The ancient pharao was instructed by Imhoteb, the designer of his famous Step Pyramid, to offer a sacrifice to Khnum, God of the Nile.

“When Egypt had a famine for seven years, he (King Djoser) made a council ... And Imhoteb told him: we have to give an offering to Khnum,” said egyptologist Zahi Hawass. “Because Khnum controlled the water from the Nile.”

“The Nile is the soul of Egypt,” he said. — Reuters