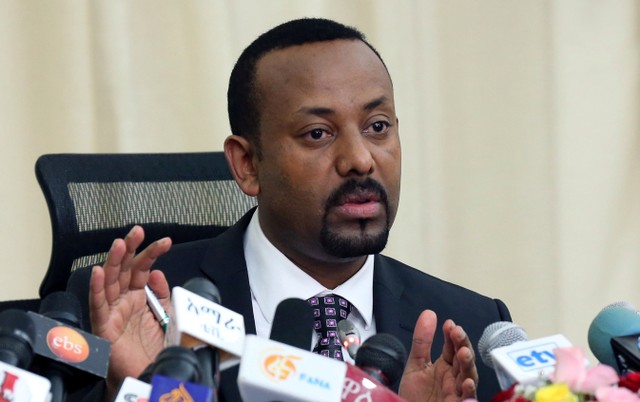 Ethiopia’s Prime Minister Abiy Ahmed sacked his army chief, head of intelligence and foreign minister on Sunday, as the military continued a five-day old offensive in the restive Tigray region with a new round of air strikes.

Abiy's office announced the changes on its Twitter feed, giving no reasons for the changes.

Abiy is pursuing a military campaign he announced on Wednesday, despite international pleas for dialogue with the Tigray People's Liberation Front (TPLF) rather than risk civil war. Tigrayans dominated Ethiopian politics for decades until Abiy took office in 2018 and are fighting his efforts to reduce their influence.

Abiy also named Temesgen Tiruneh, who was president of the Amhara region, as the new intelligence chief.

Nine million people risk displacement from the escalating conflict in Ethiopia's Tigray region, the United Nations said in a report published on Saturday, warning that the government's declaration on Wednesday of a state of emergency in Tigray was blocking food and other aid.

An Ethiopian military plane bombed a missile and artillery site next to the airport in Tigray's capital Mekelle on Sunday, one military and two diplomatic sources told Reuters.

It was not immediately clear what was destroyed in the bombing.

The sources said the airplane left a military base in the city of Bahir Dar in the neighbouring Amhara region.

New army chief Birhanu told a state-run newspaper on Sunday that the army was in control of several towns near the border including Dansha and Shire, but he did not say when the army seized the areas.

Ethiopia mobilised for war in the northern Tigray region on Thursday, dashing international hopes of averting a conflict between Prime Minister Abiy ...
Africa
1 year ago

It was impossible to verify the report as communications in the Tigray region have been shut down since Wednesday.

Abiy spoke on Saturday with UN Secretary-General Antonio Guterres, who "offered his good offices". The UN chief also spoke with the African Union chief Moussa Faki Mahamat and Sudanese Prime Minister Abdalla Hamdok in his capacity as chair of the regional Africa group IGAD, according to the UN spokesman.