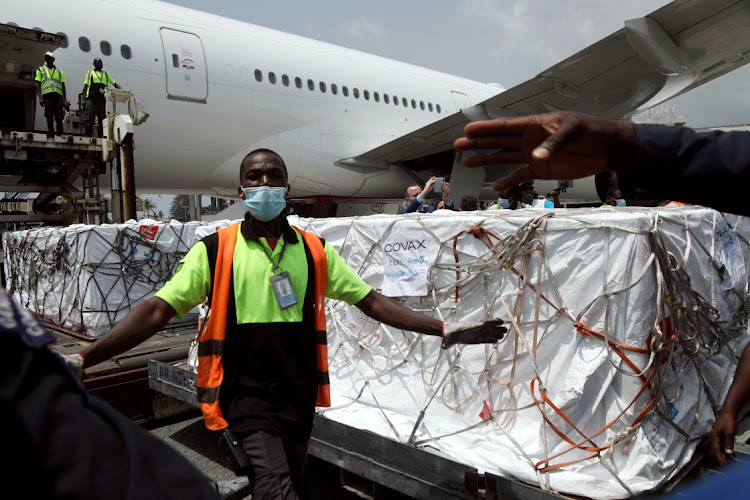 People began to queue early as the Ivory Coast prepared to become the first country to launch a Covid-19 inoculation drive on Monday with doses from the COVAX vaccine sharing facility.

Ivory Coast received 504,000 doses of the AstraZeneca/Oxford vaccine on Friday, and plans to roll it out to medical workers, security forces members and teachers before vaccinating people over 50, those with chronic diseases and travellers.

Over a hundred people were lining up early on Monday at a sports complex in the Treichville neighbourhood of Ivory Coast's commercial capital Abidjan to receive their first shot.

COVAX, which is led by the GAVI vaccines alliance along with the World Health Organisation (WHO) and other partners, is meant to ensure fairer distribution. It aims to deliver nearly 2 billion doses to over 90 low- and middle-income countries, covering up to 20% of their populations.

The initiative hopes to level a playing field that has seen wealthier nations vaccinate millions while comparatively few have received shots in poorer parts of the world.

Only a handful of African countries have begun inoculating their citizens with vaccines purchased bilaterally or received as donations.

Africa has reported relatively few Covid-19 deaths compared to other continents, but the death toll is rising fast as a second wave of infections overwhelms hospitals.

Ivory Coast's neighbour Ghana, which last week became the first country to receive a delivery of vaccines from COVAX, plans to officially begin its vaccination campaign on Tuesday.

On Monday, Ghanaian President Nana Akufo-Addo and his wife received the vaccine at a military hospital in an effort to boost public confidence ahead of the campaign.

“It is important that I set the example that this vaccine is safe by being the first to have it,” Akufo-Addo said.

Nigeria to take delivery of 3.92-million doses of Covid-19 vaccine on Tuesday

Nigeria expects to take delivery of 3.92 million doses of the Covid-19 vaccine on Tuesday, the third West African country to benefit from the COVAX ...
Africa
1 month ago
Next Article