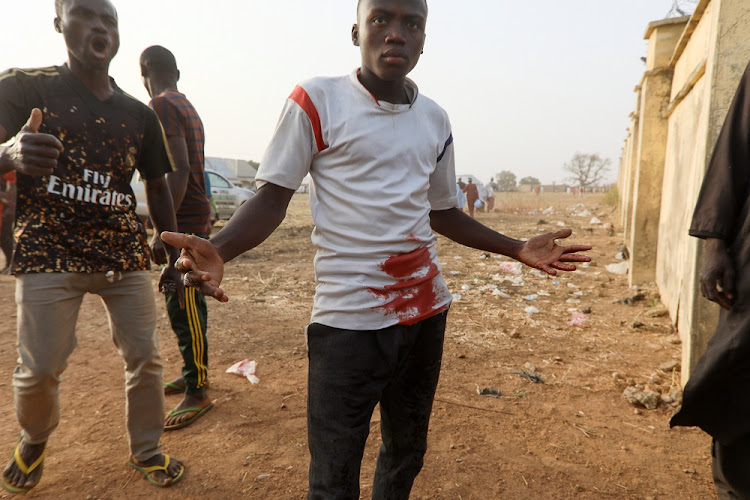 A man reacts as a riot broke out after the arrival of the rescued JSS Jangebe schoolgirls in Jangebe, Zamfara, Nigeria March 3 2021.
Image: REUTERS/Afolabi Sotunde

Nigerian soldiers opened fire in the town of Jangebe as 279 schoolgirls who had been kidnapped in northwest Nigeria were being returned to their families on Wednesday, a day after their release, according to two Reuters witnesses.

At least three people were injured, the witnesses said.

It was not immediately clear why the soldiers began shooting.

Gunmen have released girls who were kidnapped from a boarding school in the northwest Nigerian state of Zamfara, the governor said in a tweet on ...
Africa
1 month ago
Next Article