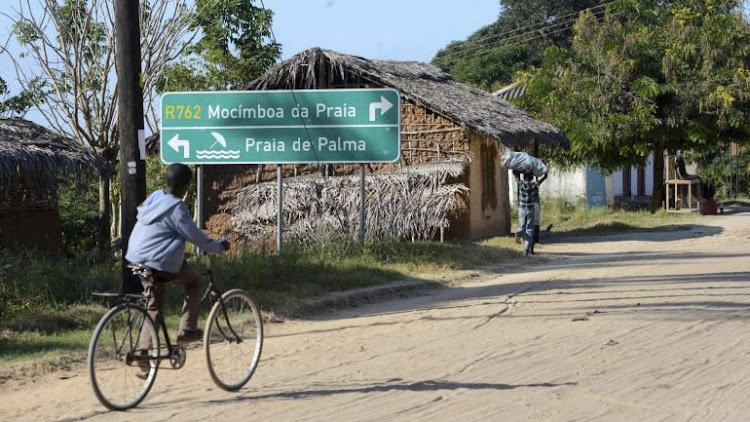 Dozens of people have died in insurgent attacks launched on Wednesday in the coastal town of Palma, in Cabo Delgado, Mozambique.
Image: Twitter/Jasmine Opperman

Several South Africans are feared to be among dozens of foreign contractors killed or captured on Friday as they tried to escape Islamic militants in northern Mozambique.

Only seven out of 17 vehicles that left a hotel serving Africa's biggest gas project got away when their convoy was ambushed, a security source told The Times.

“There are a lot of casualties and many people unaccounted for, it was an absolute disaster,” said the source.

Witnesses said bodies littered Palma's streets and beach after three days of fighting. Some had been beheaded, according to a situation report by security sources.

Pinnacle News said dozens of civilians had been decapitated or shot and at least 21 government troops had been killed.

They had 3 days of organizing an attempt to het the expats out from Amarula. A large number of expats got killed totally unnecessary, it certainly could have been prevented, the International community have to take the blame....!!!

The town, in the northern province of Cabo Delgado, is in a 25km “special security area” that French oil company Total requested from the government after suspending work due to security issues.

Total said on Wednesday it would resume construction of its liquefied natural gas infrastructure after the establishment of the zone.

But within hours the attacks began, and nearly 200 expatriates and local officials were told to wait at the Amarula Palma Hotel for boats to ferry them to safety, The Times reported.

Meryl Knox, whose SA husband and two sons were part of the group, said no boats came and 20 of the group were evacuated by helicopter before the remaining 172 decided to leave by road.

SA military company Dyck Advisory Group is reported to have dropped bombs on the attackers before staging the aerial rescue with a six-seater helicopter which took evacuees to Total's base on the Afungi peninsula.

Mozambique militants beheading children as young as 11, Save the Children says

Children as young as 11 are being beheaded in Mozambique, UK-based aid group Save the Children said on Tuesday, as part of an Islamist insurgency ...
Africa
1 month ago

But Knox told The Times she was “hearing terrible stories” that members of the group that fled by road had been killed or captured.

“What happened to the boats they were promised? They were sitting ducks at that hotel with shooting going on all around them. They had been told there was a plan to get them out, but it seems help never came.”

Heavy losses were also reported among government troops after about 100 militants mounted a three-pronged attack on Wednesday. Palma's military barracks and government buildings were reported to have been destroyed by heavy weapons.

2) The US designations coupled with increased discontent against security forces implicated in unfair food distribution offered a convenient juncture for a high-impact hit.
Refer to: @ACLEDINFO weekly: https://t.co/ufGfAc0MXT pic.twitter.com/LhbHuEgW6u

A worker evacuated to Afungi told Agence-France Presse on Friday that “almost the entire town” of Palma had been destroyed since Wednesday.

In a video shared on social media, footage of the Amarula Palma Hotel showed people milling around with the sound of a helicopter in the background.

The unidentified man who shot the video described the situation in Palma as “critical”, adding: “We don’t know if we will be rescued.”

“Many of them travelled for the first time in these conditions and without any money or food to pay for the trip. Some boats left without the express authorisation of the legitimate owners or the maritime police,” it said.

Pinnacle said communication with Palma is “practically impossible” and many reports about what had happened in the town came from the first survivors to arrive on Paquitequete beach in Pemba.

Militants affiliated with the Islamic State group have raided villages and towns across Cabo Delgado, causing nearly 700,000 people to flee their homes.

The violence has killed at least 2,600 people, half of them civilians, according to the US-based data collecting agency Armed Conflict Location and Event Data.