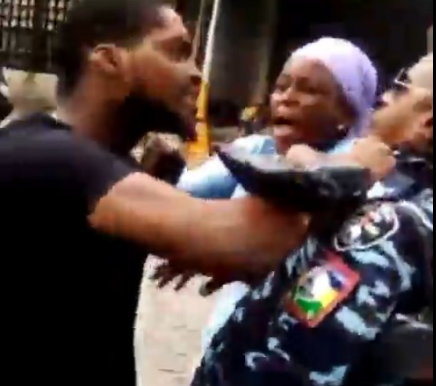 A motorist was caught on camera attacking a police officer in Nigeria.
Image: Screenshot of a video

A motorist has been arrested in Nigeria after he attacked an armed police officer who had stopped him for driving in oncoming traffic.

Nigerian entertainment news website KossyDerrickEnt reported the police officer stopped a Hyundai SUV driving towards the traffic in a one-way street on Saturday.

After pulling over the vehicle, the occupants of the car allegedly confronted and violently assaulted the police officer armed with an official AK-47 rifle.

The video of the incident has gone viral:

The New York Times recently reported that Islamic State, having suffered heavy defeats in Iraq and Syria, has found a “lifeline” in Africa by forging ...
News
1 month ago