By Reuters and Clement Uwiringiyimana - 21 April 2021 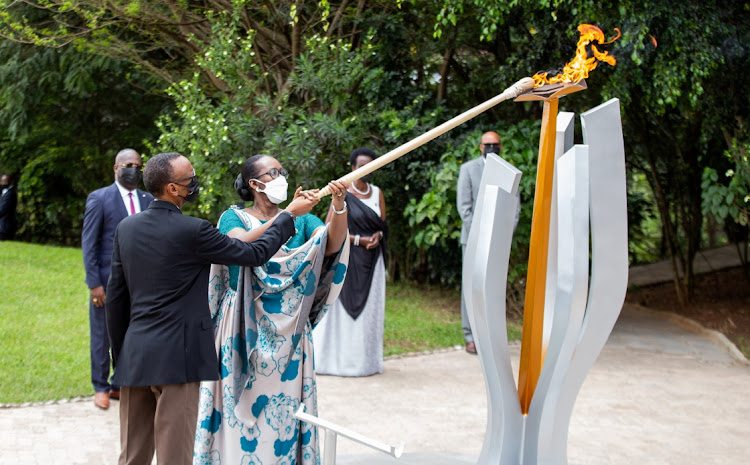 France was aware that a genocide was being prepared in Rwanda ahead of the 1994 killings and the French government bore a significant responsibility for enabling it, the Rwandan government said in a report published on Monday.

Between April and July 1994, some 800,000 people were slaughtered, mainly from the ethnic Tutsi minority but also some Hutus.

“The message of the Rwandan foreign affairs minister today is a key step in getting our two countries closer,” a French presidential adviser said on Monday in response to the Rwandan report.

Ever since the genocide, critics of France’s role have said that then-president Francois Mitterrand failed to prevent the massacres or even supported the Hutu-led government that orchestrated the killings.

“The French government bears significant responsibility for enabling a foreseeable genocide,” the Rwandan government wrote in its report published on its main website.

The report was drafted by Robert F  Muse and Washington DC law firm Levy Firestone Muse LLP, which was hired by Rwanda to investigate France’s role in connection with the genocide.

Rwanda’s report comes on the heels of a similar report by a French commission released in March which said France had been blinded by its colonial attitude to Africa to events leading up to the genocide and consequently bore serious and overwhelming responsibility.

The commission cleared France of complicity in the genocide.

The Rwandan report said while in the end the responsibility lay with those who actually carried out the genocide, the French government helped establish the institutions they eventually used to carry out the killings.

Rwandan deported from the US faces seven charges related to genocide

A Rwandan woman who was deported by the United States after serving a prison term for lying on her naturalisation application faces seven charges ...
News
4 weeks ago

“Ultimately, this report cannot be the final word on the French government’s role in Rwanda.

“That word will arrive after the French government makes public all of its documents and allows all of its officials to speak freely,” the report said. — Reuters