Death toll from mid-April ethnic clashes in Ethiopia may be 200, official says 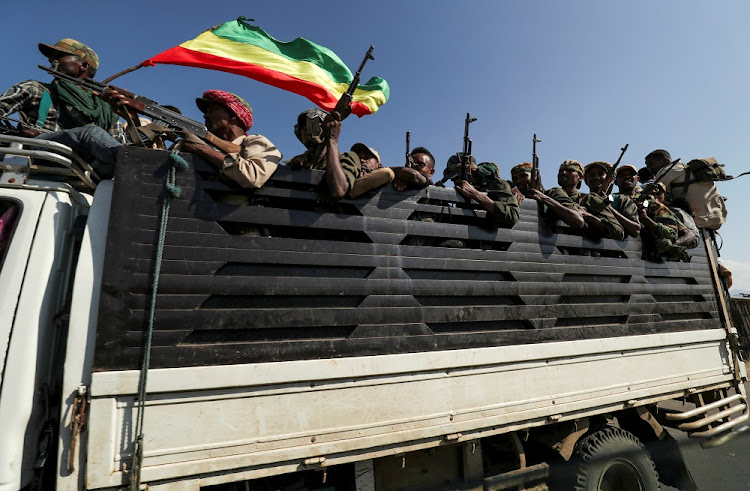 In Oromiya Special Zone, another 78,000 people had been displaced in the recent fighting, he said.
Image: REUTERS/Tiksa Negeri

The death toll in clashes this month between Ethiopia's two largest ethnic groups, the Oromo and Amhara, in the northern Amhara region may be as high as 200, a senior official said on Sunday, up from previous reports of at least 50.

Residents and officials in Oromiya Special Zone, an area in Amhara with a majority Oromo population, and the town of Ataye said there were deadly clashes in the area on April 16.

"According to information we got from people who are displaced, we estimate that up to 200 people might have died from both zones, but we still need to verify the number," Endale Haile, Ethiopia’s chief ombudsman, told Reuters.

‘The rapes are to punish Tigray’: horrific reports of sex abuse in Ethiopia

National elections are due in June and several regions in Ethiopia have been hit by political and ethnic violence.

Political reforms after nearly three decades of tightly-controlled government have emboldened regional powerbrokers, who are challenging Prime Minister Abiy Ahmed's party in a bid to secure more resources and power for their own groups.

Endale said that in the region's North Shoa Zone close to 250,000 people had been displaced by the fighting, while between 20% and 25% of houses in Ataye had been burnt.

In Oromiya Special Zone, another 78,000 people had been displaced in the recent fighting, he said.

Endale said a small town in the same zone had been completely burnt in March, but gave no more details on whether there were casualties from that incident.