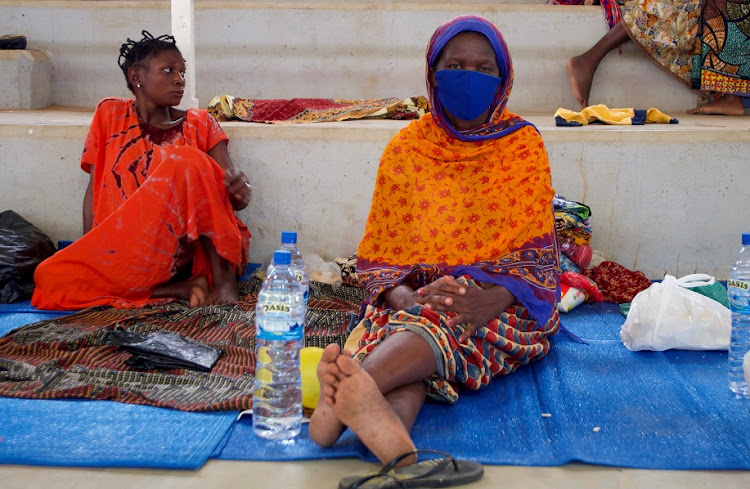 Displaced women sit on mats after fleeing an attack claimed by Islamic State-linked insurgents on the town of Palma, at a displacement centre in Pemba, Mozambique, on April 2 2021. File Photo
Image: REUTERS/ EMIDIO JOZINE

S&P said militant attacks in Mozambique's northeastern province of Cabo Delgado posed a “significant threat” to production facilities there, touted as among the biggest natural gas discoveries in the world.

Dozens of civilians were killed last month in Islamic State-linked attacks in the coastal town of Palma, near gas projects that are worth $60bn and aimed at transforming the country's economy.

The people of the Cabo Delgado region in Mozambique need security, food and medicine, not more meetings
News
9 months ago

But that rebound was subject to completion of the gas projects in the face of mounting security risks, as well as risks of droughts and flooding. Mozambique was battered by two massive cyclones in 2019, and another hit its shores this year.

“If this project comes on stream as expected by 2024-2025, it will benefit Mozambique's economic outlook, and support wealth levels that are currently very low by global comparison,” said S&P.

“But most benefits will materialise beyond our current forecast horizon, as gas production will likely come on stream in 2025 given the delays experienced in 2021.”