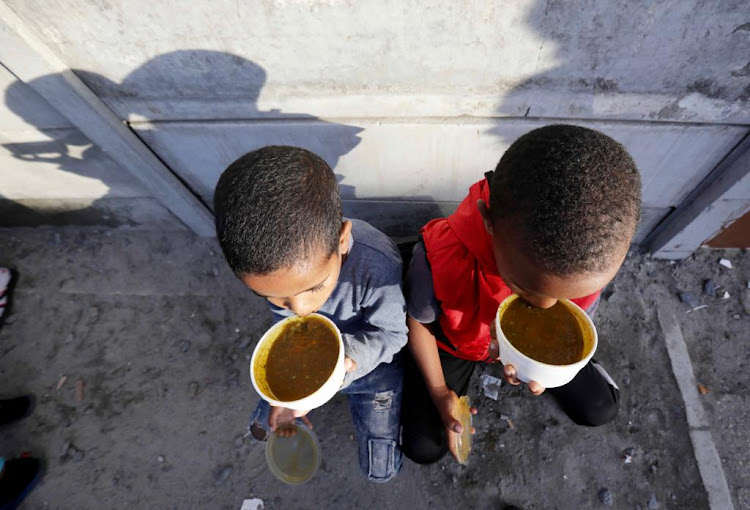 Thousands are estimated to have died and the United Nations says 1.7 million people have fled their homes within Tigray, while some 60,000 have become refugees in neighbouring Sudan.
Image: ESA ALEXANDER

Hundreds of children separated from their parents are at risk of abuse, exploitation and child labour after fleeing conflict in Ethiopia's northern Tigray region, aid agencies said on Tuesday.

Nearly 5,000 children have lost contact with their parents or been orphaned since fighting erupted in November, with many living in informal camps where they have no adults to care for them and limited food and shelter, Save the Children said.

“We are very concerned because the protection systems that would normally support separated children have been almost totally disrupted due to the conflict,” said Magdalena Rossman, the charity's child protection adviser for the Tigray response.

The conflict began when the soldiers of the Tigray People's Liberation Front, the region's ousted ruling party, attacked army bases, leading to a counter-offensive by the federal military alongside soldiers from neighbouring Eritrea.

Thousands are estimated to have died and the United Nations says 1.7 million people have fled their homes within Tigray, while some 60,000 have become refugees in neighbouring Sudan.

Humanitarians have struggled to access people in need as communications and electricity have been cut off, the UN said, with fighting continuing in parts of Tigray.

Displaced children who are short of food, shelter, clean water and healthcare risk being exploited as child labourers or forced to trade sex for basic goods, according to aid workers.

Save the Children and the UN children's agency UNICEF have been working to find foster families to care for the children and set up child-friendly spaces, where they are safe from potential traffickers or exploitation, with girls most at risk.

About 1,000 children have been placed in interim care with community members or relatives, with the ultimate goal of reunifying them with their families, according to UNICEF.

The European Union has scrapped plans to send observers to a parliamentary election in Ethiopia next month, saying conditions had not been met on ...
Africa
1 month ago

The process is arduous, said UNICEF's deputy representative in Ethiopia, Michele Servadei, particularly as phone lines in some areas have been down since the conflict began.

"(It) is beyond just a phone call. You need to meet the relatives that you find. And you need to see that the conditions are appropriate for the child to be reunified,” he said.

“It's definitely a very challenging process in a challenging environment,” Servadei told the Thomson Reuters Foundation from Addis Ababa, adding that active tracing efforts had begun for about 10% of the children.

Having been out of school for months, the displaced children in Tigray could also be forced into early marriage or face sexual violence, making it less likely they will return to school, said Save the Children.

Without parents who used to provide safety and a sense of security, many children need additional support to cope with their situation

“Without parents who used to provide safety and a sense of security, many children need additional support to cope with their situation,” said Rossman of Save The Children, which is providing children with social and mental healthcare services.

UNICEF's Servadei said funding shortages were a challenge as charities did not have enough social workers, as well as the need to negotiate with warring parties to allow family tracing services across conflict lines.

“The more we hire social workers, the more the NGOs can reach rural areas, and the more we discover that it's a much higher number,” he said. “This is just the tip of the iceberg.”

Please credit the Thomson Reuters Foundation, the charitable arm of Thomson Reuters, that covers the lives of people around the world who struggle to live freely or fairly.