Portugal to send another 60 troops to Mozambique on training mission 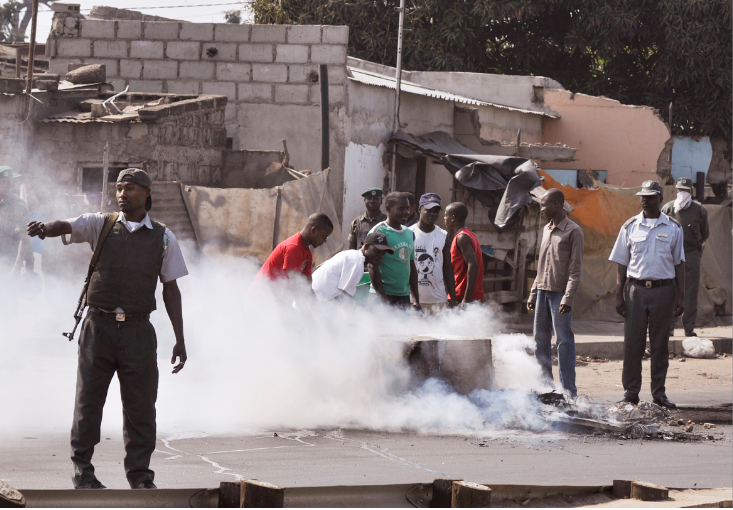 The European Union could also send between 200 and 300 EU soldiers to Mozambique on a training mission, the bloc's top diplomat Josep Borrell said in an interview with Portugal's Radio Ranancenca published on Monday.
Image: REUTERS/ GRANT LEE NEUENBURG

Portugal will send a further 60 troops to Mozambique as part of a new cooperation agreement aimed at helping the country tackle an Islamic State-linked insurgency in its north, Portugal's defence minister Joao Cravinho said on Monday.

Mozambique has been grappling with the insurgency in its northern-most province of Cabo Delgado since 2017. But militants have massively stepped up their violence in the past year, taking a hefty toll on civilians and bringing a $20 billion liquefied natural gas project run by oil giant Total to a grinding halt.

The agreement, which runs until 2026, will see Portugal increase its number of troops in Mozambique to 80 to train Mozambican soldiers to tackle the insurgency, share intelligence and help the country use drones to track the militants' movements.

The people of the Cabo Delgado region in Mozambique need security, food and medicine, not more meetings
News
2 months ago

“An important project has been added to train Mozambican military personnel and the result is that the programme will see four times more Portuguese troops working with their Mozambican counterparts,” Cravinho told a news conference.

Cravinho and his Mozambican counterpart, Jamie Neto, signed the agreement in Lisbon on Monday. The troops are in addition to 60 Portuguese special forces already dispatched to train soldiers in Mozambique, a former Portuguese colony, following a major attack on the key northern town of Palma in March.

The European Union could also send between 200 and 300 EU soldiers to Mozambique on a training mission, the bloc's top diplomat Josep Borrell said in an interview with Portugal's Radio Ranancenca published on Monday.

Borrell said last week the bloc was considering sending a military training mission, with Portugal already offering half of the staff and sending military instructors.