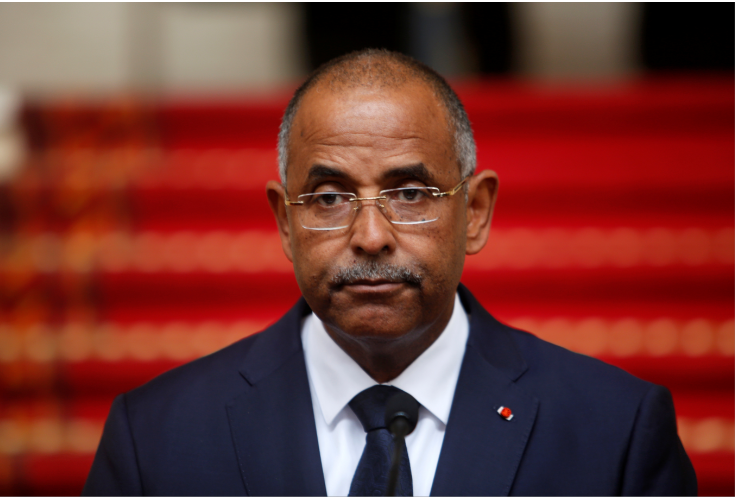 Patrick Achi, the secretary general of the presidency, speaks during the announcement of the new government at the presidential palace in Abidjan, Ivory Coast on July 10 2018.
Image: REUTERS/ LUC GNAGO

Ivory Coast's President Alassane Ouattara has confirmed his younger brother Tene Birahima Ouattara as minister of defence, part of a slate of new ...
Africa
2 months ago

State television showed Achi deplaning and being greeted by ministers on the tarmac in Ivory Coast's commercial capital Abidjan on Friday night.

“I feel very good. I came back in good shape to go back to work. We have a lot of things to do,” Achi said.

Achi is a key figure in discussions to resolve a large power generation deficit that has strained electricity supplies in urban areas for several weeks.

He visited France for health reasons last week but left prematurely to participate in discussions about the power problems, the sources said. He then returned to Paris on Tuesday, cancelling a tour of hydroelectric dams.