Egypt extends measures to curb coronavirus to end of May 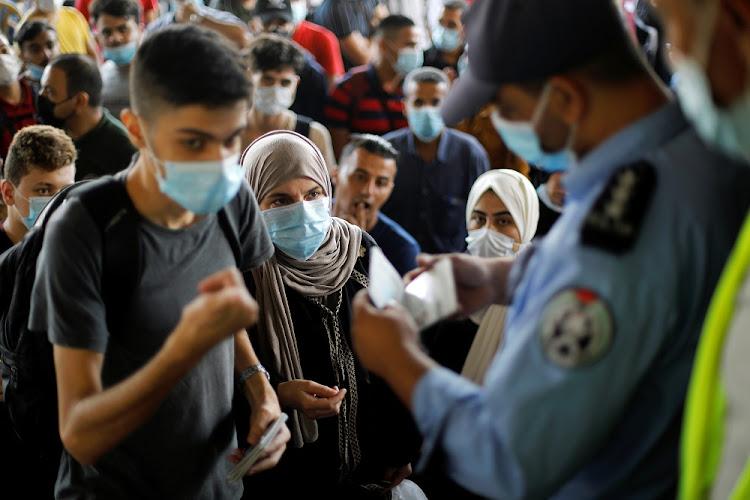 Egypt, with a population of just over 100 million people, has agreed to import 20 million doses of the Russian coronavirus vaccine, Sputnik-V, and the supply would take place in succession until the end of the year, the cabinet said on Wednesday.
Image: REUTERS/ SUHAIB SALEM

Egypt will extend measures to contain the spread of the coronavirus, including early closing hours for shops, until the end of May, the cabinet said on Wednesday.

Since May 6, stores, malls and restaurants have had to close by 9pm, straddling the last days of the Muslim holy month of Ramadan and Eid celebrations.

Public parks and beaches, which were closed during Eid, will be allowed to reopen with appropriate precautions, the cabinet said in a statement.

The number of new cases has been steadily rising in Egypt in recent weeks and officials have warned of infections spreading further as families were meeting during Ramadan, which ended last week. The Eid holiday ended on Sunday.

While Egypt imposed stricter measures at the start of the pandemic, closing its airspace and setting nightly curfews to curb the spread of the virus, it has remained largely open since June 2020.

Egypt had officially confirmed 248,078 coronavirus cases including 14,441 deaths as of Tuesday. However, officials and experts say the real number of infections is far higher, but is not reflected in government figures because of low testing rates and the exclusion of private test results.

Egypt, with a population of just over 100 million people, has agreed to import 20 million doses of the Russian coronavirus vaccine, Sputnik-V, and the supply would take place in succession until the end of the year, the cabinet said on Wednesday.

‘Nothing on the table’ to bring Israel-Gaza truce, senior Israeli official says

A senior Israeli official cast doubt on Monday on the possibility of a ceasefire between Israel and Gaza militants after more than a week of violent ...
News
5 months ago

The country, which is trying to contain a third wave of Covid-19 infection, also agreed to buy 20 million doses of the vaccine developed by Johnson & Johnson, it added.

Egypt has received batch of the AstraZeneca vaccine through the COVAX initiative and other shipments of the Chinese Sinopharm vaccine over the last few months.