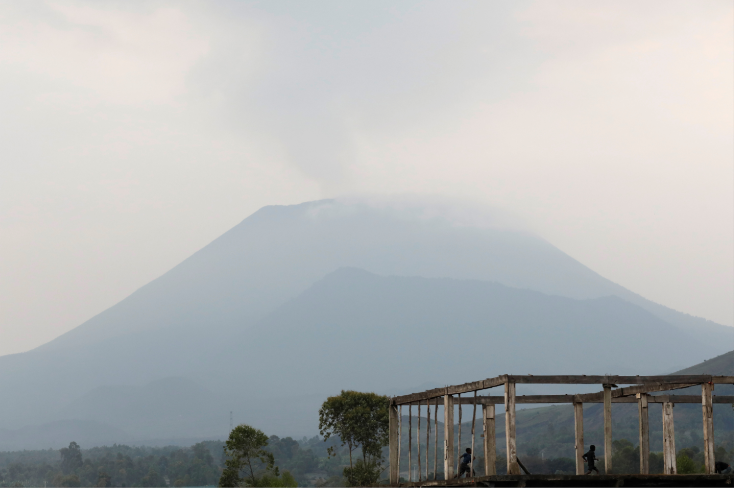 Experts in volcanic eruptions said the earthquakes were caused by techtonic plates realigning after the eruption, and that the risk of a second eruption was small.
Image: REUTERS/Baz Ratner

Waves of earth tremors rocked the Congolese city of Goma on Monday, unnerving residents still reeling from a volcano eruption at the weekend that tore through nearby villages, displaced thousands and killed at least 15 people.

Chaos descended on Goma on Saturday evening when Mount Nyiragongo, one of the world's most active and dangerous volcanoes, erupted, sending a smouldering wall of lava half a mile wide downhill towards the city of 2 million people.

The lava flow stopped a few hundred meters short of the city limits, but destroyed 17 villages on the way, blocked a main route to town and cut the principle electricity supply.

Shops briefly reopened in Goma on Monday but many closed again as the tremors grew more severe and residents worried that these could trigger another eruption. Two Reuters reporters in the city said that tremors were occurring every 30 minutes.

A smoking trail of lava from a volcanic eruption covered hundreds of houses in eastern Congo on Sunday, leaving residents to pick gingerly through ...
News
3 weeks ago

Experts in volcanic eruptions told Reuters that the earthquakes were caused by techtonic plates realigning after the eruption, and that the risk of a second eruption was small.

But authorities in Goma urged caution.

The army asked parents to keep their children home from school.

"In view of the earthquake, which is becoming more severe, parents are asked not to send their children to school until further notice," said army spokesman Guillaume Ndjike.

A delegation of eight ministers arrived from Kinshasa on Monday to oversee the recovery.

Fifteen people were killed, including nine in a traffic accident as residents fled, four who tried to escape Munzenze prison in Goma and two who were burned to death, the government said.

The death toll is likely to rise considerably. Residents who spoke to Reuters said relatives have died in the wreckage or were missing. UNICEF estimates that 170 children are among the missing.