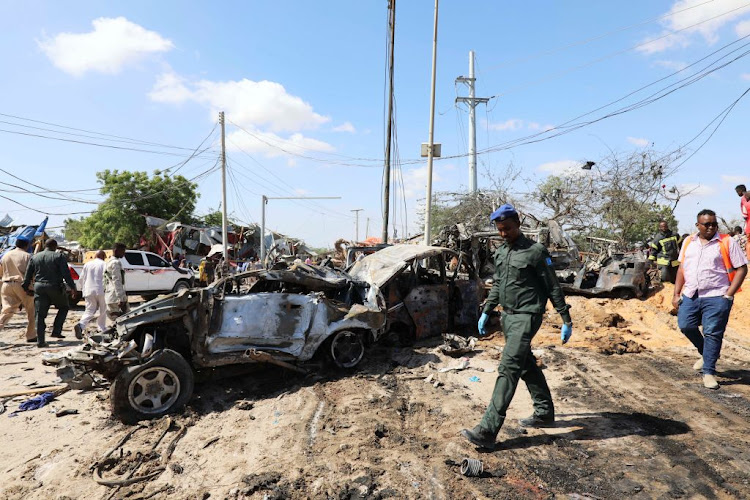 At least 30 killed in al Shabaab attack in Somalia

An estimated 30 people died on Sunday when Somalia's Islamist al Shabaab group launched an attack in a town in the country's semi-autonomous state of ...
Africa
1 year ago

There was no immediate claim of responsibility for the attack, but al-Shabaab, which wants to overthrow the government and impose its strict interpretation of Islamic sharia law, frequently carries out such bombings.

“I have seen eight dead bodies at the scene including a woman,” Hassan Sayid Ali, a driver of a three-wheeled motorised vehicle taxi told Reuters at the scene of the blast at Banadir junction in Mogadishu.