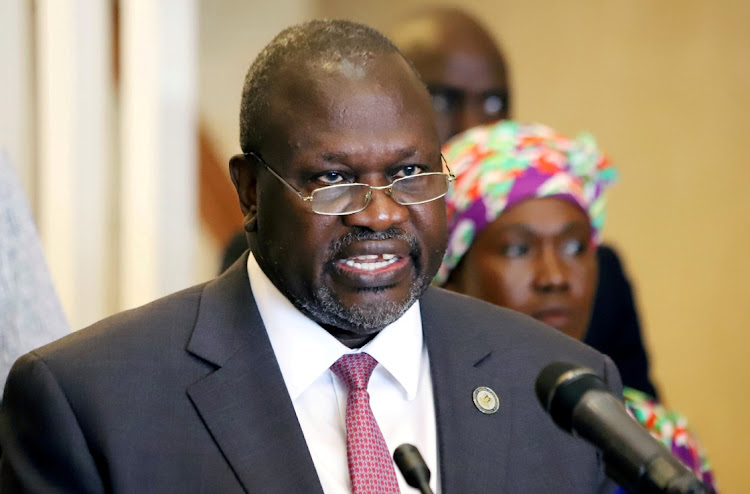 South Sudan's Vice-President Riek Machar has been deposed as head of his party and its armed forces, rival military leaders said on Wednesday, a move that could put pressure on an already fragile peace process.

Machar played a major role in pushing his partner, President Salva Kiir, to a peace deal in 2018 and in the subsequent formation of a unity government after years of civil war.

But he was stripped of party posts after a three-day meeting of senior leaders of the Sudanese People’s Liberation Movement-in-Opposition (SPLM/A-IO) movement who accused him of undermining reforms and giving family members strategic posts, said a statement from the party’s military wing.

Representatives of the Sudanese government, its security forces and the UN Mission in South Sudan met to jointly address challenges faced by ...
Africa
5 months ago

Machar's wife Angelina Teny serves as defence minister. There was no immediate response from Machar.

His party’s spokesperson in the capital Juba, Lam Paul Gabriel, said there would be a response later in the day.

South Sudan gained independence from Sudan in 2011 but descended into fighting two years later when forces loyal to Kiir and Machar clashed in the capital.

That sparked the massacre of hundreds of civilians in Juba from Machar’s Nuer ethnic group and a spiral of brutal ethnic violence and revenge killings.

South Sudan's two most powerful politicians gave assurances on Friday that they would not lead the country back into war as they marked its 10th ...
Africa
6 months ago

With the army still divided and some militia groups refusing to sign the peace deal, the latest split in Machar's movement could undermine stability, said James Okuk, a senior researcher at the Juba-based Center for Strategic and Policy Studies.

“The agreement has been very slow and part of the reason is the obstruction of these generals on the ground,” he said.