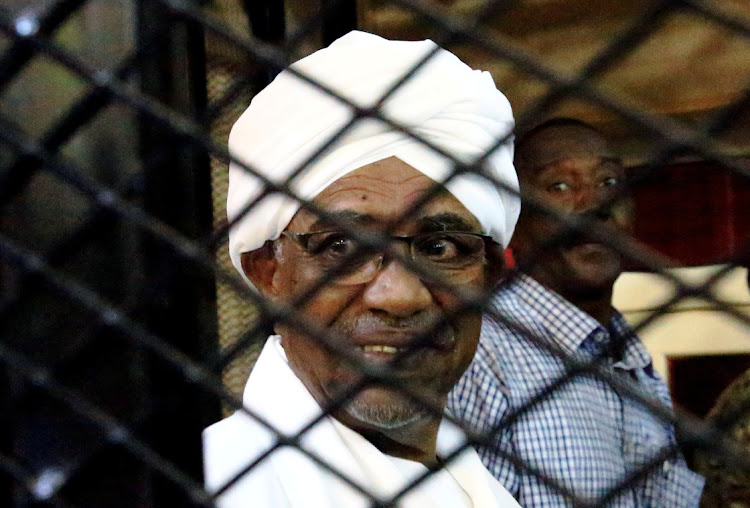 The International Criminal Court's chief prosecutor has held talks with Sudanese officials on accelerating practical steps to hand over those wanted by the court over alleged atrocities committed in Darfur in the early 2000s, two senior Sudanese government sources said on Wednesday.

Former president Omar al-Bashir, who ruled the country for 30 years until he was ousted in 2019, is among those sought by the ICC, they said, without specifying any names.

The ICC issued arrest warrants in 2009 and 2010 for Bashir, accusing him of masterminding atrocities in his campaign to crush a revolt in the western region of Darfur. Some 300,000 people were killed and 2.5 million driven from their homes.

The Sovereign Council, a joint military and civilian body overseeing Sudan's transition towards democracy, confirmed in a statement that ICC chief prosecutor Karim Khan was in Khartoum for talks but made no comment on what was agreed.

It quoted Khan as saying: "We will accomplish our mission in order to achieve the expectations of the international community, especially with regard to Security Council resolutions to achieve justice towards the heroes of Darfur, the victims and the living, who are hungry to achieve justice."

Khan later met General Mohamed Hamdan Dagalo, first vice president of the Sovereign Council, who "affirmed Sudan's readiness to cooperate" with the ICC, adding that justice was one of the pillars the revolution that deposed Bashir was based on, state news agency SUNA said.

Sudan's cabinet has already agreed to join the ICC and hand over those wanted by the court, but the decision also needs the approval of the Sovereign Council.

South Sudan President Salva Kiir has called for a halt to fighting between forces loyal to vice-president Riek Machar and a splinter group that ...
Africa
5 months ago

Another of the key people accused of war crimes and genocide in Darfur, Ahmed Haroun, said in May he would prefer to be tried by the ICC rather than by what he said were biased Sudanese courts.

Abdel Raheem Muhammad Hussein, a former interior minister, is also wanted by the ICC on charges of crimes against humanity and war crimes.

Ali Kushayb, another Bashir ally, surrendered to the ICC in the Central African Republic in June last year. Khan will visit Sudan next month to collect evidence for Khushayb's case, asking for the authorities' help in easing the court delegation's efforts, SUNA said.

Bashir, Haroun and Hussein are currently imprisoned in Sudan. Nourain is at large.

ICC registry spokesman Fadi El Abdallah could not comment on Wednesday's talks in Khartoum and referred further questions to Khan's office. Spokespeople for Khan, who took the job in June, could not immediately be reached for comment.

Khan, who will visit Darfur in November and submit a report on progress there to the U.N. Security Council, is expected to hold a news conference in Khartoum on Thursday.