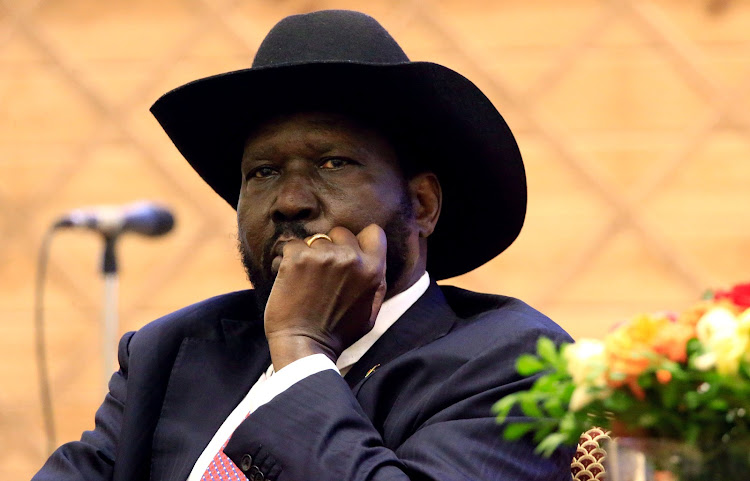 South Sudan President Salva Kiir has called for a halt to fighting between forces loyal to vice-president Riek Machar and a splinter group that threatens the country's fragile peace process.

Clashes broke out earlier this month in the Upper Nile region between Machar loyalists and supporters of Lieutenant General Simon Gatwech Dual after Gatwech tried to replace Machar as the head of their party.

Machar said the move was aimed at trying to block the country's peace process.

Civil war broke out in South Sudan two years after independence in 2011 when forces loyal to Kiir and Machar clashed in the capital. It killed 400,000 people and led to a major refugee crisis before a peace accord was reached in 2018.

Sudan recalled its ambassador to neighbouring Ethiopia on Sunday, frustrated by the stance of Ethiopian officials whom it said were refusing Sudan's ...
Africa
5 months ago

A spokesperson for Machar, Lam Paul Gabriel, said his group was ready for talks after the clashes in Magenis.

“With the communique from the presidency, we hope that the situation will come back to normalcy,” he said.

On Monday, regional bloc Intergovernmental Authority on Development said the clashes went beyond Machar's party and posed a threat to the rest of South Sudan.