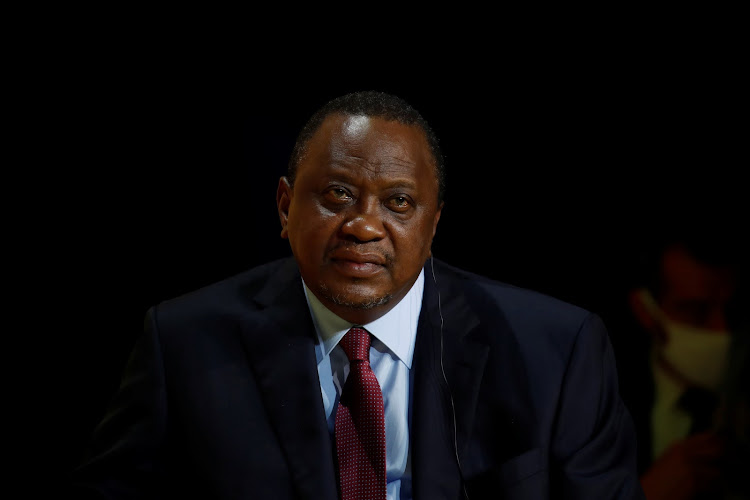 The amendments are partly designed to tame Ruto's political ambitions to succeed Kenyatta (pictured) by making it possible to weave an alliance against him, according to anti-graft campaigner John Githongo.
Image: REUTERS/ GONZALO FUENTES

Kenya's Court of Appeal upheld a decision to stop President Uhuru Kenyatta from making broad constitutional changes, limiting his ability to prevent his estranged deputy from succeeding him next year.

The proposed amendments, popularly known as the Building Bridges Initiative (BBI), would have been the biggest change to governance since a new constitution in 2010.

The court upheld a High Court decision in May that declared the proposed reforms illegal on the basis that Kenyatta acted unconstitutionally.

Kenya Airways will suspend flights to the United Kingdom effective April 9, the airline said in a statement.
Africa
1 year ago

“The days of (an) unaccountable presidency are long gone,” said Patrick Kiage, one of the appellate judges, rejecting the government's appeal.

The BBI has served as a lightning rod for the rhetoric of politicians jostling ahead of a general election due in August 2022. Kenyatta and Deputy President William Ruto have fallen out and they and their supporters are at odds over the proposals.

“I don't see the need to change the constitution,” said Mwangi Kiunjuri, a Ruto backer who was sacked from the Cabinet by Kenyatta early last year.

"She was a loving and celebrated philanthropist who graciously shared the little she had with the less fortunate in her community," said Kenya's ...
News
1 year ago

Kenyatta argued that the constitutional overhaul would promote power sharing among competing ethnic groups and was not intended to deny anyone the presidency.

The proposed amendments would have created 70 new constituencies and establish several powerful new posts: a prime minister, two deputies and an official leader of the parliamentary opposition.

The amendments are partly designed to tame Ruto's political ambitions to succeed Kenyatta by making it possible to weave an alliance against him, according to anti-graft campaigner John Githongo.

Kenya's health minister said on Friday the government had suspended all in-person meetings and public gatherings to try to contain Covid-19, whose ...
Africa
11 months ago

Ruto has been campaigning vigorously to inherit Kenyatta's Kikuyu voting bloc in the central region, some of whom have embraced his message.

“We don't want BBI ... This is about politicians and their search for power,” said Beatrice Kagure, a college student in the central town of Nyeri.

To win support for his reform drive, Kenyatta proposes to more than double county governments' allocation to 35% of the budget, to spread more resources to the grassroots. Some critics say the government has struggled to disburse the current 15% counties budgetary allocation on time.