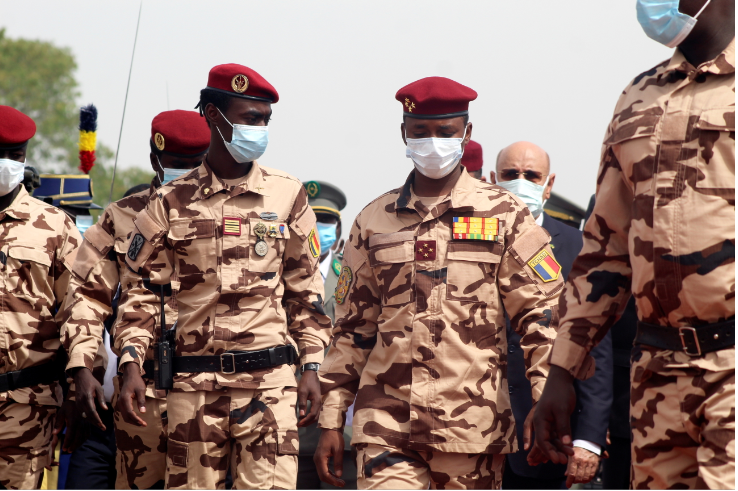 Mahamat Idriss Deby, who leads the Transitional Military Council (CMT), has run Chad since his father, the former president, was killed while visiting the front line in April.
Image: REUTERS/ Oredje Narcisse

Chad has decided to recall half of its 1,200 troops battling Islamist militants in the tri-border area of Mali, Burkina Faso and Niger, a spokesperson for the Chadian authorities said on Saturday.

Chad deployed the soldiers in February to support a France-backed regional fight with insurgents linked to al Qaeda and Islamic State who have destabilised swathes of territory in West Africa's Sahel region in recent years.

The decision to withdraw 600 of these soldiers was taken with the agreement of Chad's Sahel allies, General Azem Bermandoa Agouna said, speaking on behalf of the Transitional Military Council in Chad.

The authorities in Chad have faced a separate conflict this year with insurgents in the north.

France has also said it plans to reduce its presence in the Sahel to around half the current level of some 5,100 soldiers, although it has given no timeframe.

The former colonial power has hailed some successes against the militants in recent months, but the situation is extremely fragile with hundreds of civilians killed in rebel attacks this year.

Mahamat Idriss Deby, who leads the Transitional Military Council (CMT), has run Chad since his father, the former president, was killed while visiting the front line in April.

Earlier in August, Deby invited the rebels to participate in a national dialogue.

An African Union mission recommended on Wednesday that Chad's military share power with a civilian president, as one of three options towards ...
Africa
8 months ago

A military source said the 600 troops would be sent to Chad's northern border with Libya and Sudan to disarm rebels seeking to return to take part in these talks, which are scheduled for the end of the year.

On Saturday, Deby said the talks would not succeed unless all stakeholders were represented.