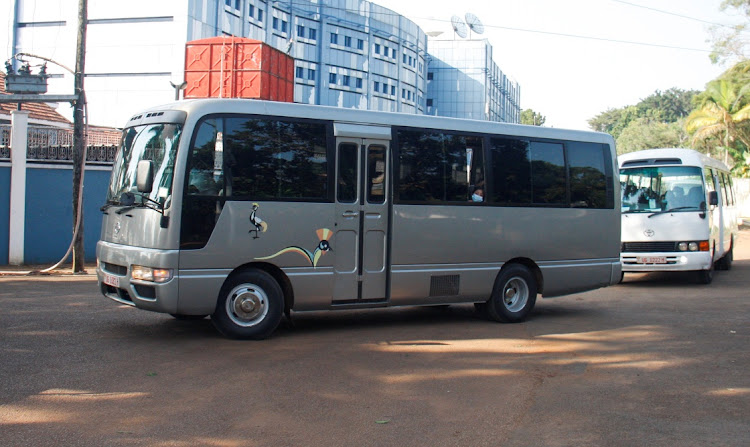 Afghan evacuees ride on a courtesy bus to their accommodation upon arrival at the Entebbe International Airport, as a request to temporarily host at-risk Afghan nationals who are in transit to the US and other destinations, in Entebbe, Uganda, on August 25, 2021.
Image: REUTERS/ Abubaker Lubowa

Uganda on Wednesday received 51 people evacuated from Afghanistan after the Taliban swept back into power, but officials said they would stay temporarily until resettled by the US and other nations.

The evacuees included men, women and children, a statement by the Foreign Ministry said, adding they had undergone security screening and Covid-19 quarantine procedures.

They are in transit to the US and other countries, the statement said.

Ugandan nationals in Afghanistan were meant to arrive on the same flight but were unable to do so due to challenges in accessing the airport in Kabul, the statement said. Arrangements were being made for them to return home on another flight, it said.

The US and its allies have evacuated more than 70,000 people, including their citizens and Afghans at risk, since August 14, as they rush to complete evacuations by the Aug. 31 deadline for the withdrawal of foreign troops from the country.

Last week, Uganda said it had agreed to a request from the US to temporarily take in 2,000 Afghans fleeing the country.

Uganda has a long history of hosting refugees fleeing wars and strife in the region and is currently home to 1.4 million, mostly from South Sudan.