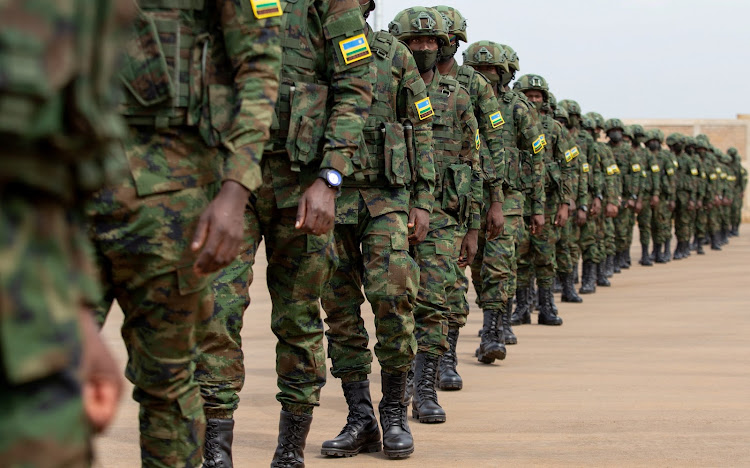 The insurgency in the Cabo Delgado province of Mozambique has been placed firmly in the international spotlight since radicals linked to Islamic State launched their audacious attack on the town of Palma in March, killing over 50 people.

A large Rwandan military and police contingent and troops from the Sadc have entered the theatre. These are helping Mozambique’s army and police to stem the tide and step up their act over the longer term.

There is also support from the US and the EU, largely in the form of training assistance. This adds to training support promised by Angola and Zimbabwe as part of the Sadc contingent arriving in Cabo Delgado.

But there’s a problem.

In an order issued by the court on Wednesday, Lamola made an undertaking that Chang would not be extradited until judgment in the application is ...
News
10 months ago

The combined military response against the insurgents is primarily on land, with very limited maritime response capabilities. But the insurgent threat is not limited to the interior. Insurgents stormed and held the port of Mocímboa da Praia in August 2020 and attacked communities on nearby islands off Palma, halting its tourism flows.

The fixation on landward efforts ignores the fact that the insurgency also poses a maritime threat. Significantly, the insurgency has hobbled the energy sector. This was set to make Mozambique an important global energy player after the discovery of large offshore gas fields. The discoveries hold regional and global implications. Mozambique could well become a gas emirate in Southern Africa, and bringing the industry on line could propel Mozambique into the top seven global gas-producing countries.

Sadc has again postponed making a firm pronouncement on what interventions are needed to fight terrorism in Mozambique.
Africa
1 year ago

These optimistic outlooks all depend on whether Mozambique can contain the impact of the ongoing violent insurgency in Cabo Delgado. This precondition extends offshore.

Mozambique’s future economy relies heavily on maintaining a safe offshore domain. To this end the government must make use of every opportunity to build the required capacity and partnerships to maintain the rule of law at sea.

Bringing gas production on line has been severely disrupted because of the insurgency. Much of the landward activity and construction of infrastructure has come to a standstill.

In April, Totalenergies, the French energy multinational, declared a force majeure. This was after the insurgents occupied and held the port of Mocímboa da Praia in 2020 and attacked Palma early in 2021.

The port is of significance for the delivery of goods by sea and air for the construction projects under way to develop onshore infrastructure in support of the gas industry. It has since been reclaimed by the Mozambique and Rwandan forces. But given how risk perception unfolds, construction remains stalled.

In my view Mozambique’s ocean territories must receive due attention for three reasons. These are: events on land spilling offshore, perceptions of dangerous seas off Mozambique, and criminality at sea left unchecked.

Cost of insecurity at sea

First, insecurity on land has maritime repercussions. This is the reality in the waters off Somalia, Nigeria, Libya and Yemen. Weak security governance on land affects the maritime economy, with shipping and resource extraction particularly vulnerable.

This land and sea interplay is a potential risk facing Mozambique’s decisionmakers.

Second, perceptions of dangers in the waters off Mozambique hold negative repercussions. This is even more so if international measures are implemented to mitigate a threat to shipping. A high risk area at sea akin to those off Somalia and Nigeria directs shipping to take preventive actions. This has multiple knock-on effects.

Higher insurance costs are incurred; shipping must follow longer routes, increasing the cost of doing business; private security personnel are often taken on; and the safety and livelihoods of crews are at higher risk. All this is evident in the demarcated danger zone now operational off Nigeria.

Third, the waters off Cabo Delgado must not be allowed to become a playground for criminals to enter and exploit. If ungoverned, this sea space offers the potential for criminal syndicates and insurgents to prosper side by side.

The insurgency has resulted in or compounded the following problems:

Transnational criminal syndicates: These already operate into Cabo Delgado. If weak governance on land is mirrored at sea, syndicates become dangerous competitors, and even more so if allied with insurgent elements as in the Niger Delta region of Nigeria.

Drone attacks: The recent drone attack on a commercial vessel passing through the Gulf of Oman, with Yemen and Iranian connections, must also serve as a warning. There have been allegations of the presence of drones in Cabo Delgado.

Drug smuggling: Insecurity at sea off Cabo Delgado carries the risk of compounding the problem posed by drug smuggling networks operating in the area. No effort should be spared to prevent the insurgents and the smugglers co-operating.

Overall, the tactics I’ve outlined call for a comprehensive response, one most probably beyond anything the Mozambique authorities can mobilise on their own.

Some small steps with a maritime focus have taken place.

A training team from the UN Office on Drugs and Crime recently arrived to help train maritime personnel from Mozambique to increase maritime security governance.

The Rwandan military contingent includes a limited small boat capability to extend their presence off the coast, albeit only near harbour patrols.

Fourth, in recapturing Mocímboa da Praia from the insurgents in early August 2021, the operation included a surprise attack by a small contingent of Mozambique soldiers from the sea.

Looking forward: what needs to happen

The maritime situation in Mozambique must not be allowed to emulate the maritime threats found off Nigeria, Somalia and the rebel-held territories in Libya. Allowing this would hold dire implications for international shipping and subsequently for Mozambique and the landlocked countries in the region.

It is precisely this threat that underscored the need for co-operation between SA, Mozambique and Tanzania to prevent piracy from gaining a foothold in Mozambique. Ongoing maritime operations between SA and Mozambique also need to be maintained.

Co-operation with a wide array of partners to promote maritime security governance over the longer term must remain a priority. This is a long-term objective to be addressed in the context of the current armed insurgency, and sustained beyond the present volatility.

Stability on land and at sea must be addressed simultaneously.

The SA Navy and UN Office on Drugs and Crime are the first naval and capacity-building respondents to arrive. But the Sadc should seriously consider using its standing maritime committee to assist Mozambique. The aim would be to bring about a formal regional arrangement for co-operation to secure regional economic and security interests in the southwestern Indian Ocean over the longer term.

Mozambique is in no position to contribute significantly to the broader array of maritime security endeavours. That’s why international partners need to play a role.

The Sadc must now pass the acid test of stemming the insurgent threats from spilling over and threatening the region’s wider landward and maritime interests.

The intervention forces currently fighting the insurgents should extend their role offshore to prevent a collapse of security at sea off Mozambique or at the minimum, any such perception among the international maritime community.