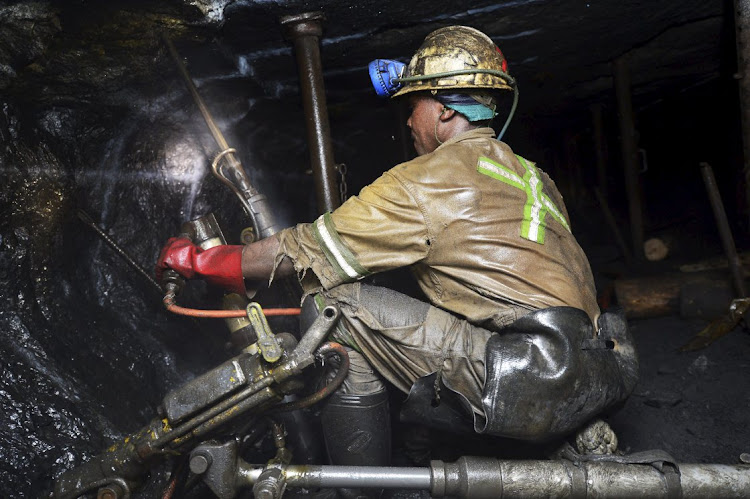 Not all companies - including Catoca - have publicly committed to the standards, which are non-binding, further fuelling questions about how the standards can cause industry-wide change if not all mines and mining companies adhere.
Image: GALLO IMAGES/ LEON SADIKI

The Democratic Republic of Congo will seek compensation from the owners of an Angolan diamond mine after a tailings dam leak polluted drinking water, causing 12 deaths and making thousands of people ill, the country's environment minister said on Thursday.

The late-July leak from Angola's biggest diamond mine turned a tributary of the Congo River red following a rupture in a spillway for the mine's tailings dam, which stores mining industry waste meant to stay undisturbed.

Congo, which shares a 2,575 km long border with Angola, will seek compensation in line with the "polluter pays" principle, where those who produce pollution should bear the cost of mitigating it, Eve Bazaiba told a media conference after visiting the country's southern Kasai province.

Democratic Republic of Congo's environment ministry has suspended the director of the nature conservation agency responsible for protecting the ...
Africa
10 months ago

Bazaiba said she could not yet say how much in damages the country could seek. She said 4,400 people had fallen ill.

The mine's operator, Sociedade Mineira de Catoca, did not immediately respond to a request for comment on the damages claim and deaths listed by the minister.

The leak and deaths represent the latest in a string of tailings disasters for the global mining industry that investors, executives and environmentalists have tried to curtail with safety and inspection standards introduced last year.

Not all companies – including Catoca – have publicly committed to the standards, which are non-binding, further fuelling questions about how the standards can cause industry-wide change if not all mines and mining companies adhere.

Catoca, a joint venture between Angolan state diamond company Endiama and Russia's Alrosa, said in a press release last month that tailings leaked into the Lova River, a tributary of the Tshikapa River, which eventually feeds into the Congo River, in late July.

The Institute for Security Studies (ISS) believes it will take time to stabilise the situation on the ground and resume economic activity in ...
Africa
10 months ago

Catoca said it immediately sought to repair the leak, built two dykes to filter sediment out of the water and by Aug. 9 the breach was sealed.

Alrosa, which holds a 41% stake in Catoca, did not disclose the incident and told Reuters it was not its responsibility to do so as it does not control the mine site.

Endiama, which also holds 41% of the company, also said it was Catoca's responsibility to make the incident public. In answers to Reuters' questions, Endiama said it was made aware of the leak on July 30, three days after Catoca said it was seen.

Catoca said it donated food baskets to riverine communities to mitigate the impact of the pollution. Endiama said other measures were being worked on, without providing details.

The International Council on Mining and Metals (ICMM), the global mining industry trade group, which worked to draw up standards on tailings dams, said it had offered support to Alrosa – which is not an ICMM member – after the leak.

Adam Matthews, chief responsible investment officer for the Church of England Pensions Board, which was also instrumental in drawing up the safety norms, said the leak was a reminder that tailings management requires continued attention from industry, governments and investors.

He said investors and the United Nations are developing an Independent International Institute which would implement the standard and verify companies' compliance with it.