At least 30 killed by suspected ADF militia in eastern DRC 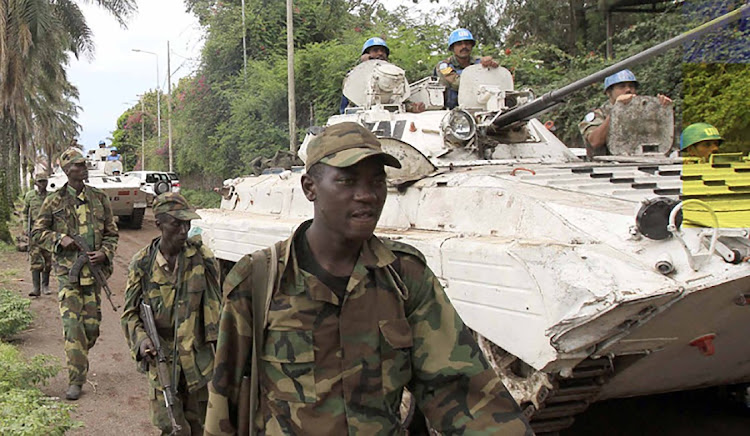 Militants armed with machetes, sticks and clubs killed at least 30 villagers in eastern Democratic Republic of Congo (DRC), officials and a witness said.

The fighters — suspected members of the Islamist-inspired Allied Democratic Forces (ADF) — raided Makutano, north of the city of Oicha in North Kivu province, early on Saturday, the officials said.

Villager Malielo Omeonga said his son woke him when the militants struck.

“I took some time to leave my bed, and in his haste my son ran and fell into the ambush of the ADF. So my son is dead and I am here by the grace of God,” Omeonga said by telephone.

Senior leadership from the department of defence and the SANDF will on Monday host a military ceremonial handover of the body of Corporal Simanga ...
Africa
7 months ago

“It's total devastation. People are fleeing everywhere,” Christophe Munyanderu from the Congolese campaign group Convention for the Respect of Human Rights, said.

No group immediately claimed responsibility for the raid. The ADF, which was formed in neighbouring Uganda and says it is allied to Islamic State, seldom makes public statements.

An Army spokesperson said forces were clearing the area “while we wait for other measures to be taken”.

DRC authorities and rights groups have accused the ADF of killing hundreds of civilians in apparent retaliation for army offensives against them since late 2019.

The UN has said the militant attacks may constitute war crimes.

Mount Nyiragongo has killed at least 31 and destroyed 3,000 homes as molten lava spreads towards Goma
Africa
8 months ago

In May, the government imposed martial law in two eastern provinces in an attempt to end the insecurity that has plagued the mineral-rich area since the end of the second civil war in 2003. But the bloodshed has continued.

In  August,  the US sent a dozen special forces troops to the area to assess the “antiterrorism” capabilities of the army.