In a blow to UN-backed efforts, 89 of 113 MPs vote to withdraw confidence in Prime Minister Abdulhamid Dbeibah’s unity government 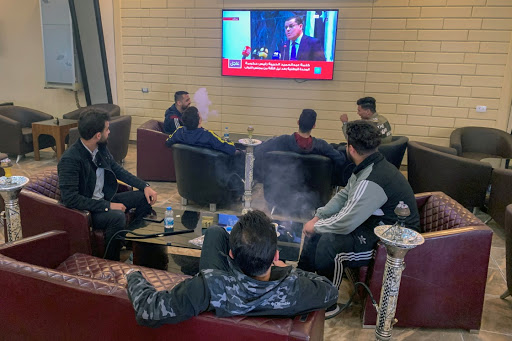 Libya’s parliament said on Tuesday it passed a no-confidence vote in the unity government, though it would continue to operate as a caretaker administration.

The vote in the House of Representatives exemplifies the wrangling between rival factions and state bodies that has plagued UN-backed efforts to resolve Libya's decade-long crisis by establishing a unity government and holding national elections.

In 2014, eastern and western factions split Libya in two in a civil war, with an internationally recognised government in Tripoli and a rival administration backed by the House of Representatives in the east.

Prime Minister Abdulhamid Dbeibah’s unity government was selected through a UN-sponsored dialogue and his government was installed by the chamber in March.

Dbeibeh has a mandate to unify state institutions, improve government services and prepare for national presidential and parliamentary elections.

However, on Tuesday, after parliament summoned Dbeibeh and his ministers to answer questions, 89 of the 113 MPs present voted to withdraw confidence in him, the chamber's spokesperson and several other parliament members said.

There was no immediate say from the government.

The UN forum decided that presidential and parliamentary elections should take place on December 24, but disagreements now rage over the legal basis for the votes and the laws that will govern them.

Libyan medics already faced war, now the pandemic is surging there too

As the pandemic started to rage through Libya last month, medics working in the war-ravaged country's few functioning hospitals faced their nightmare ...
Africa
1 year ago

Earlier in September, parliamentary speaker Aguila Saleh said the chamber had passed a law for the presidential election, though it did not hold a final vote on the bill.

The validity of that law was promptly challenged by the High Council of State based in Tripoli, in the west, which produced its own, alternative election law.

The House of Representatives, which was elected seven years ago but divided when Libya split, has not yet produced a law for a parliamentary election.