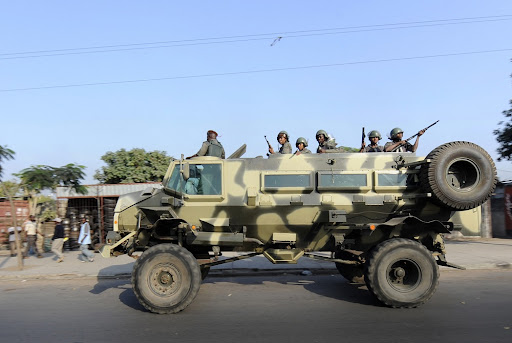 Mozambique's police said they had killed the commander of an armed wing of a faction of the opposition group Renamo. File picture
Image: REUTERS/Grant Lee Neuenburg

Mozambique's police said on Monday that they had killed the commander of an armed wing of a breakaway faction of the main opposition group Renamo.

The government claims that the armed group, called Renamo military junta, is responsible for several attacks and killings of civilians, plundering of property, looting and arson in the central part of the impoverished country in the last few years.

Mariano Nyongo, the leader of Renamo military junta, was killed early in the morning in fighting between the Defence and Security Forces (FDS) and the insurgents in Sofala province, General Commander of Police Bernardino Rafael said.

At around 0730 local time the FDS in patrol operations clashed with the military junta which was being led by Nyongo, Rafael said.

"The FDS did everything to neutralize Nyongo alive so that he could answer for his actions in court. Unfortunately they were the first to attack the FDS patrol," he said.

The attacks by the splinter group have hobbled a peace treaty and disarmament process initiated after President Filipe Nyusi of the ruling party Frelimo signed a ceasefire with Renamo in 2019.

The Southern African Development Community (Sadc) bloc has agreed to extend the deployment of standby forces in Mozambique to continue combating acts ...
News
3 months ago