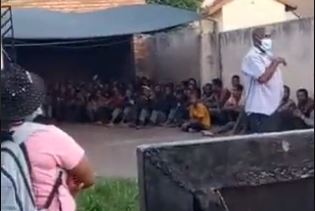 Fifty kidnapped Ethiopian nationals were rescued on Thursday night after an intelligence operation led to a house in Zakariyya Park near Lenasia, Gauteng.

A 49-year-old suspect has been arrested.

Police spokesperson Brig Brenda Muridili said the rescued people were aged between 12 and 50 and had allegedly been brought into the country under false pretences and held against their will.

“These 50 people were brought into SA to be reunited with their families living in the country, but on arrival, the person who transported them demanded money from their families before their release,” Muridili said.

The Ethiopian nationals are waiting to be processed by the department of home affairs.  Some of their families have been notified of the rescue.

The suspect will be appearing in the Johannesburg magistrate’s court on Monday.