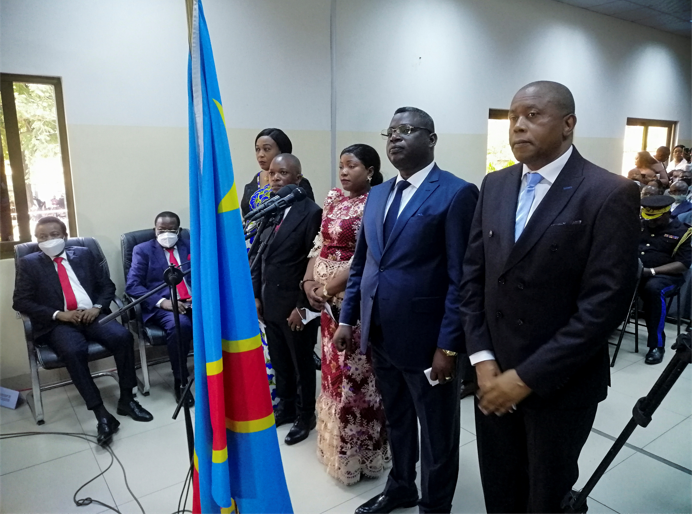 The country's religious groups, who are seen as impartial, are supposed to nominate the head of the Independent National Electoral Commission (CENI) by unanimous vote.

But after months of discussion the eight denominations failed to reach a consensus, and on October 16 parliament approved Denis Kadima, an election expert with decades of experience.

Tshisekedi argued Kadima's nomination was legitimate because a majority of religious groups were in favour of it.

In an crowded courtroom in Kinshasa on Tuesday, Kadima swore to serve as CENI president with "independence, neutrality, transparency and impartiality."

The appointment of Kadima, who hails from the same province as the president, could strengthen Tshisekedi's hand in the next election, but may also undermine perception of the poll's integrity and fracture the ruling Sacred Union coalition, political analysts say.

Some coalition partners have joined opposition and religious groups in accusing Tshisekedi of forcing through Kadima's candidacy.

Leaders from the Catholic and Protestant churches, the most respected umpires of Congo's democracy, have accused Tshisekedi of totalitarian drift and called supporters to join a demonstration on November 6.

"The world will see and understand that the Congolese people are neither weak nor cowardly and that they are fundamentally opposed to the parody of the rule of law," the churches said in a statement.

Moise Katumbi, who is currently allied with Tshisekedi but could be his main challenger in the 2023 presidential election, said last week Kadima's nomination eroded trust in CENI.

"Supporting the irregularities that have punctuated the process of endorsing CENI members will inevitably lead the country to a new cycle of disorder," he said in an open letter to Tshisekedi.

The dispute could eventually break up the Sacred Union alliance, said Stephanie Wolters, a Congo analyst at the Institute for Security Studies in Pretoria, South Africa.

"The nomination doesn't augur well for what Tshisekedi intends to do in 2023," she said.