Treasury bids to tighten up on financial services 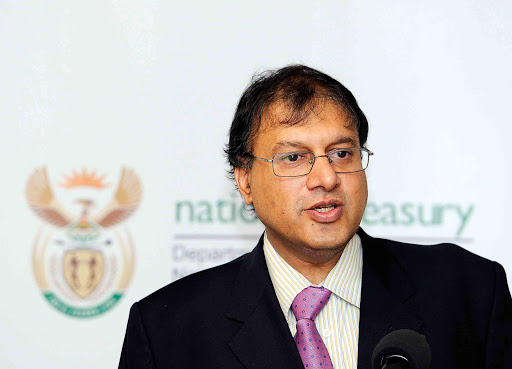 FIRMER APPR0ACH: Regulators in the financial services industry were not proactive enough in tackling abusive market conduct‚ according to Treasury deputy directorgeneral Ismail Momoniat
The Treasury has become frustrated with the “light touch” approach adopted by the regulators in the financial services industry‚ an official said in parliament yesterday.

Bodies such as the National Credit Regulator (NCR) and the Financial Services Board (FSB) were not sufficiently rigorous and intrusive in investigating abusive market conduct‚ Treasury deputy director-general Ismail Momoniat said.

He said he was looking forward to the introduction of market conduct legislation “as soon as possible” as this would lead to a more proactive‚ tougher approach.

He told parliament’s standing committee on finance the Treasury had told the FSB and the NCR they were not tough enough and needed to become more proactive‚ intrusive and curious about whether products in the market complied with proper standards of treating customers fairly.

For instance‚ the Treasury would like the NCR to take action against “balloon payments” on motor vehicles at the end of the payment periods‚ a practice banned in some countries.

“The NCR’s investigations are sufficiently rigorous and intrusive to help detect and prosecute the predatory practices of financial institutions in the consumer credit market‚” he said.

It had not taken a soft approach in enforcing the National Credit Act and had been more proactive in monitoring compliance‚ he said.

With regard to balloon payments‚ he said these were not illegal currently and were determined by agreement between the consumer and the credit provider.

In his briefing Momoniat said the planned new legislative regime would establish an overall market conduct regulator spanning the entire financial services industry. The regulator would be supported by legislation that would consolidate the market conduct provisions of 13 industry-specific laws such as the Long-Term Insurance Act and the Banks Act.

Momoniat said the Financial Sector Regulation Bill had been approved by cabinet and would be tabled in parliament in or near July. The two regulatory authorities proposed in the bill would be established in April next year.

The South African Reserve Bank would be the authority responsible for financial stability and enforcement of prudential requirements and the financial sector conduct authority would work to protect customers and ensure they were treated fairly.

The standards of market conduct would apply uniformly across all parts of the financial services sector.

The bill would provide for strong co-ordination between the two regulatory authorities to prevent gaps.

Momoniat noted there were too many regulators involved in the financial sector in SA. This led to fragmentation and regulatory gaps.

The proposed law would allow for “strong and swift” enforcement for contraventions of the law‚ with more emphasis being given to remedial action‚ including redress for consumers‚ not just the imposition of fines. — BDlive