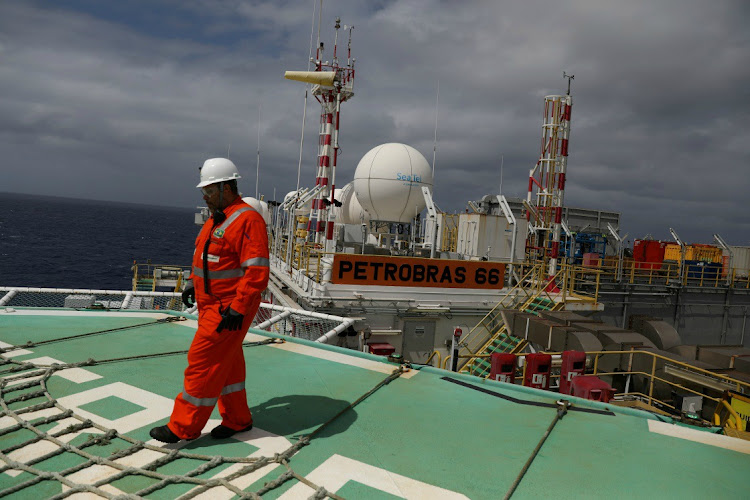 A worker walks on the heliport at the Brazil's Petrobras P-66 oil rig in the offshore Santos basin in Rio de Janeiro on September 5 2018.
Image: REUTERS/ PILAR OLIVARES

Oil prices rose on Wednesday after a sharp drop in US crude inventories, with the market waiting for next steps from a meeting later in the day on the future level of output cuts by Opec and its allies.

Reflecting a recovery in fuel demand despite the coronavirus pandemic, US crude inventories fell by 8.3-million barrels in the week to July 10, beating analysts’ expectations for a decline of 2.1-million barrels, according to data from industry group the American Petroleum Institute (API).

Official numbers from the US department of energy’s Energy Information Administration (EIA) are due on Wednesday.

API numbers released overnight, have provided some support to the market in early morning trading today

“API numbers released overnight, have provided some support to the market in early morning trading today,” ING Economics said in a note.

On supply, the market will be closely watching for news from a meeting of the joint ministerial monitoring committee (JJMC) of Opec later on Wednesday.

“The market will be eager to see if deeper cuts will be rolled over for an additional month, or whether the group will stick to the original plan, and start trimming cuts,” according to ING Economics.

“Most indications suggest that it will be the latter, with more focus on compliance and compensatory cuts.”

“Oil prices are likely to be traded in a range of $40, with the market paying close attention to today’s JMMC results,” said Kim Kwang-rae, commodity analyst at Samsung Securities in Seoul.

In June, Opec and its allies delivered compliance of 107% with their agreed oil output cuts, an Opec-plus source said on Tuesday.

Meanwhile, Opec said in its monthly report that global oil demand would soar by a record 7-million barrels a day in 2021 as the global economy recovers from the coronavirus pandemic though it would stay below 2019 levels. — Reuters