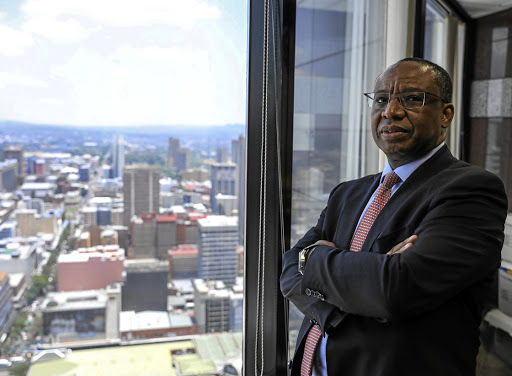 Banking group Absa seems set to lose its highly regarded CEO Daniel Mminele just 15 months into his tenure, with speculation in the market that chair Wendy Lucas Bull and the board are unhappy with changes he wants to make at the bank and could look to part ways with him as early as Wednesday.

It’s understood this follows heated talks last week which failed to yield agreement — and were alluded to in a report in Business Report on Friday.

Absa spokesperson Songezo Zibi on Monday evening said “we cannot comment on speculation. Material developments are communicated through SENS”. Neither Lucas Bull nor Mminele could be reached on Monday evening.

The departure of Mminele would follow that of another bank CEO, Basani Maluleke, who left African Bank unexpectedly earlier this year just as that bank was starting to turn around, also after what appeared to be a conflict over strategy with African Bank’s chair and board.

The former Phembani Group boss succeeds Basani Maluleke, and took up the position with effect from April 14
Business
1 year ago

The fallout between Absa’s board and Mminele comes just two years after former Absa CEO Maria Ramos unexpectedly retired from the bank, amid speculation of a fallout with Lucas Bull. The board then installed one of its own members, Rene van Wyk, as interim CEO, before appointing Mminele, who took over as CEO in January 2020, becoming the first black person to lead the bank.

Mminele is a former deputy governor of the Reserve Bank, who retired after 20 years at the Bank, overseeing SA’s financial markets and representing it in international forums.

He was brought in to head up a bank which had lost significant market share and whose share price was significantly underperforming the other “big four” SA banks on the JSE. The Covid-19 crisis struck just weeks after he took office, and he has been credited with seeing the bank safely through the crisis.

When he took office, he was tasked by the board with reviewing the strategy Absa had put in place in 2018 after its divorce from UK-based Barclays, and Lucas Bull had told staff he had an “open mandate”. Details of the “refreshed” strategy were announced by Mminele when the bank released its annual financial results last month and he made it clear that the Covid-19 crisis had accelerated the changes the bank needed to make to its culture and operating model. It’s not clear, however, to what extent the board bought into the proposed changes.

On Monday afternoon, as rumours seeped into the market about a fallout with the Absa board, Mminele was busy hosting a (virtual) G30 panel discussion on climate finance which included UN special envoy and former Bank of England governor Mark Carney as well as UN undersecretary Vera Songwe, who is executive secretary of the Economic Commission for Africa.