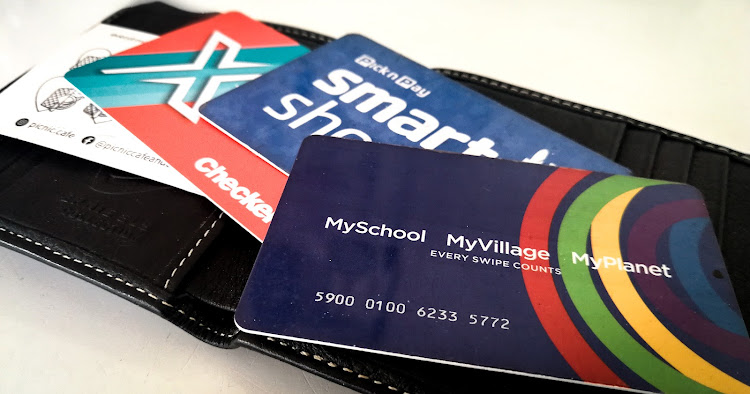 Pulling out a loyalty card at the checkout has become a way of life for shoppers, according to an annual report on the loyalty landscape.

The average middle-class adult is a member of almost nine different loyalty programmes, according to the Truth & BrandMapp report — based on the responses of more than 33,000 people from households with a monthly income of at least R10,000.

While this is a 30% segment of the population it controls 80% of consumer spending, making it the one with most to gain from loyalty programmes.

Large retailer programmes such as the Pick n Pay Smart Shopper Card and Clicks Club Card are used by 80% of shoppers but financial services loyalty programmes are the most valued by consumers.

Amanda Cromhout, founder of Truth Loyalty, said “cash back” is the single biggest driver of loyalty for consumers.

Brandon de Kock of BrandMapp said there was a crossover of almost 70% between members of Smart Shopper and  Checkers Xtra Savings.

“If you try and compare the two groups, it’s the same people. Being able to identify the real fans means we can start understanding the differences between these loyalty programmes, and why they are so important,” he said.

The top three programmes are FNB eBucks, Discovery Vitality and Standard Bank UCount, with financial service providers programmes making up five of the remaining spots in the top 10. 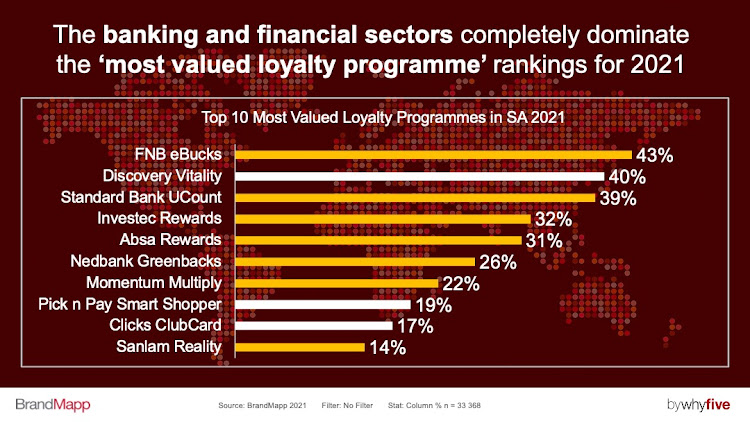 The report also found that the financial service providers were in the top five of the most valued loyalty programmes.
Image: Supplied

“It’s just a theory, but I think it has to do with the fact that these consumers enjoy what I call the ‘pure reward’ aspect of loyalty,” said De Kock.

“In other words, you don’t have to claim anything, do anything different, or do anything. There’s no second movement required. You just swipe your credit card, go about your business and when you log into your rewards account, there’s a pot of usable ‘cash’.

“FNB arguably set the bar and they’ve been at the top of the podium ever since.

“The Vitality members who seem to squeeze maximum value are the ones who stay fit, go for regular check-ups and generally play by a set of rules that’s been medically approved.

“So Vitality is fascinating because it’s rewarding people for doing what they should do. And if you’re one of the fortunate few in the country who can afford medical aid, about 16% of all citizens at last count, you might as well make use of the privilege.”