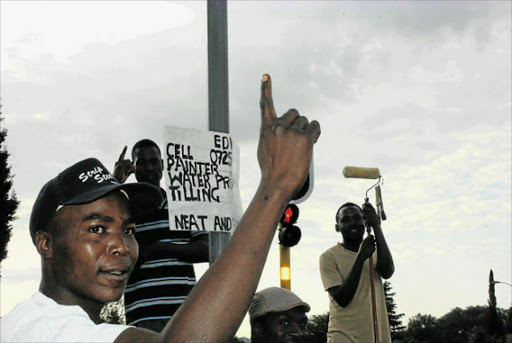 WORRYING TREND: South Africa’s unemployment rate has been rising steadily for the past nine years, with the youth and elderly affected most Picture: FILE
The latest South African jobs statistics continue to reflect a shockingly high unemployment rate which will take some doing to reverse.

Concerns about the high levels of youth unemployment and the social upheaval this might cause have been widely expressed.

But a deeper analysis of the numbers reveals an even scarier picture of large sections of the population suffering from chronic joblessness and worrying details about the country’s youth unemployment statistics that haven’t been sufficiently highlighted.

These include the fact that 39% of all unemployed South Africans have never worked before.

Among young people, this figure is even higher – at 60.3%. The numbers also highlight that many young people struggle to find their first job.

In contrast, the elderly face the problem of long-term unemployment after losing their jobs. A greater share of them last worked more than five years ago. This share was the highest at 47.4% for the 50-65 year-olds.

To save the situation, government might have to make certain difficult choices.

These could include accepting that certain age groups, above youth age, are unemployable and that what they need are poverty alleviation interventions.

The government might then be able to focus on facilitating job opportunities for those aged between 15 and 29 who account for nearly half of total unemployed.

Overall unemployment at a glance

According to the World Bank, last year’s average unemployment rate for all upper middle-income countries was 6.2%.

At 25.9% last year and 27.7% this year, South Africa’s rate is higher than other African countries also classified by the bank as upper-middle-income countries.

South Africa’s unemployment rate has been rising steadily for the past nine years.

The rate has gone up despite policies being adopted that promised to cut joblessness. These included the New Growth Path which was adopted in 2011 and promised to create five million jobs and reduce unemployment to 15% by the end of 2020.

But in the intervening six-plus years, employment increased by 2.2 million, bringing the number of unemployed to 6.17million.

If these trends persist, achieving the even more ambitious goal set out in the National Development Plan of dropping the unemployment rate to 6% by 2030 is highly questionable.

The numbers suggest the presence of two extreme groups of unemployed in South Africa.

The first consists of youth, most of whom have a matric qualification, who struggle to find their first job despite actively searching and answering job advertisements.

The second group comprises the elderly with previous work experience but who have been seeking work, mainly via their social networks, for more than three years.

Most have not completed 12 years at school.

There’s a third group of unemployed sandwiched between the first two, namely those aged 30 years to 65 years with past work experience but who have been seeking work for a shorter duration.

The government may need to realistically “accept” the second group (long-term elderly unemployed) as unemployable and focus on poverty alleviation.

And the government might want to put more focus on the other two groups of unemployed, particularly young people.

The short-term unemployed elderly may require training to have their skills upgraded to better match the skills needs of employers before they stand a better chance of being reabsorbed into the labour market.

What must be done?

The South African government is not doing enough to address the youth unemployment crisis.

Its efforts to create jobs for young people through an employment tax incentive hasn’t had much of an impact: youth employment has actually dropped since it came into force four years ago.

There are lots of obstacles to job creation in South Africa.

The most recent global competitiveness report shows that the country’s labour market is hobbled by inefficient hiring and firing practices, little cooperation between employers and employees, and a poor relationship between pay and productivity.

This tempts employers to replace labour (particularly the less skilled and experienced ones) with capital and discourages them from hiring new workers. In both cases, the youth are the most vulnerable.

So, what are the other options to more rapidly boost youth employment?

A transport subsidy for unemployed youth has been recommended as an alternative policy option. The idea was motivated by the fact that many jobs are in areas which are far away from where poor people live and therefore extremely expensive to get to.

The relationship between poverty and unemployment is startling.

Data from 2014/2015 shows that the poorest 40% of the population accounted for a mere 12.4% of total national income, but accounted for 71.9% of the unemployed. It’s therefore possible that poverty and expensive transport costs are huge barriers to unemployed people finding work.

Self-employment is another potential route for young people. But even that number is falling.

This suggests that entrepreneurial activities for young people deserve serious attention. This should include government accelerating support in entrepreneurship skills training, access to micro-finance and creating an enabling environment for business development.

— This article first appeared in The Conversation,