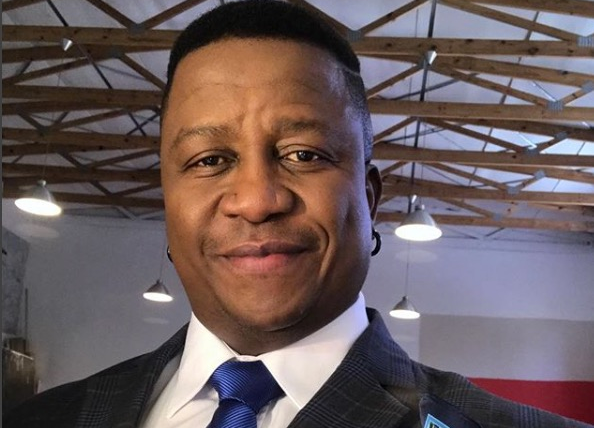 In a video on Twitter, Steve gave Fresh a shout-out, saying how impressed he was with the interview he had with the renowned broadcasting veteran while he was in Mzansi promoting Family Feud SA.

"Whilst I was promoting Family Feud and I went to radio stations in Joburg ... I saw what they got over there. They've got it over there. My boy Fresh that's on the radio, Fresh, that boy got a studio that's as good as my studio in Beverly Hills."

Steve alluded to Fresh being the best in the game and gave radio personalities some words of wisdom.

"That boy over there, he knockin' them over the head. See, y'all keep getting underpaid because y'all producing subtle pass stuff and acting like it's okay. Y'all gotta stop that!"

Steve was in SA about two months ago and did several media interviews to promote the local version of Family Feud.

The game show sees two families compete to give the most popular answers to surveyed questions, often with hilarious results. It has been on air in the US since 1976, with Steve hosting since 2010.

He told TshisaLIVE that coming to SA was like "coming home".

He added that he did not believe Mzansi's artists, such as Thando Thabethe, Somizi, Mo Flava, DJ Fresh and others, who were doing the most on home soil, needed to leave the country for the bright lights of Hollywood.

“Why would you have to leave your home country to make it? It is just not being done the right way. Everyone keeps living in their own pocket, someone needs to unify the whole continent. If you go to Hollywood right now, there is a line. That line is long. I say, why not maximise your potential here.”