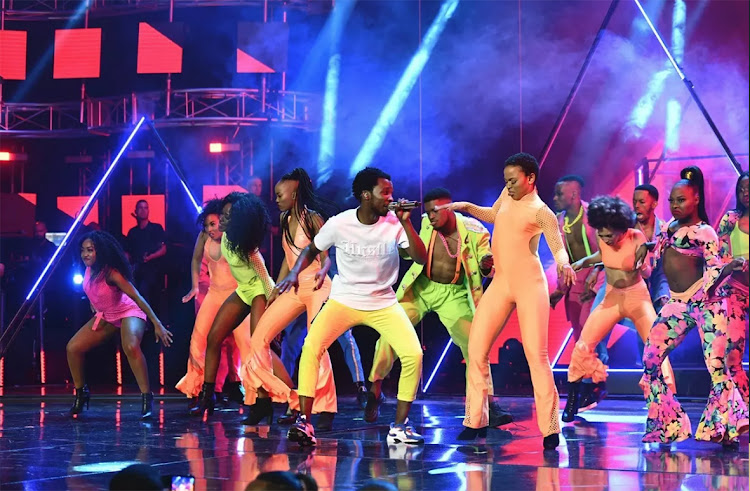 This weekend, another Idols South Africa winner will be crowned.

Will it be our own King William’s Town-born Luyolo Yiba or Durbanite Sneziey Msomi who walks off with the title on Sunday night?

Once again, we will have gone from thousands of aspiring vocalists standing in long queues at the beginning of the season, to the last two contestants showing off their singing talents before a panel of judges and live studio audience.

The stakes are high.

The winner walks away with a recording deal from a leading record label, a R1m cash prize, a brand-new car and other prizes from brands such as Telkom, Capitec and Truworths.

The country is definitely not short of talented singers but the show can only have one winner.

So, who will it be and how will he or she be chosen? In fact, how have we ended up at this point with the two remaining finalists on stage?

Noncedo and Dumisani Yiba could not contain their excitement and pride when speaking about their son, Luyolo, who is the sole remaining Eastern Cape ...
Lifestyle
2 years ago

Idols is just one among a long slate of reality television entertainment shows.

Since being birthed in the UK in 2001 and taking to air in the huge US market amid efforts to overcome the psychosocial impact of the 9/11 terror attack, Idols is the world’s most widely watched television show today.

In its first season in the US, Kelly Clarkson was the winner.

The cocktail waitress and telemarketer overcame her modest roots and struggling music career to break through into the big time.

In many ways, she was the perfect contestant in a post-9/11 era as TV executives weighed profits, ethics and optics, argues author William Cheng in a recent publication, Loving Music till it Hurts.

Cheng writes that the singing competition weaves “a rich tapestry of audiovisual spectacle”, of biographical narratives, career challenges, tribulation and vulnerability that coexist with individual strength, dazzling acts, and “trickling tears of pathos and pride”.

King William’s Town Idols SA contestant Luyolo Yiba has sung his way into the top two of the popular Mzansi Magic show and is celebrating the ...
Lifestyle
2 years ago

Key to the Idols success with audiences is the focus on attractive backstories, and as inspirational as the stories of Idols contestants may be, Cheng suggests “these tales can come across as exploitative manoeuvres that unfairly take consumers’ intellectual faculties hostage”.

He asks: “For how does one objectively judge a singer who has confessed to recently losing her mother or losing her sight?”

Cheng says that producers “meticulously extract sellable stories” from contestants, pointing to contractual fine print that allows producers to “control, concoct, and knowingly misrepresent any aspect of a contestant’s image, sound, and backstory”.

If producers can fake or disassemble or manipulate the voices of its singers, what place does merit really play?

Another writer, Katherine Meizel, has shown how identity politics is critical to viewership of reality shows.

Audiences connect to a show based not only on a singer’s musical talent, but also on their geographic, ethnic or religious associations.

In SA, Heinz Winkler won the inaugural season in 2002 and over 15 years, Idols has brought a phalanx of singers into the limelight. But not all of them have stayed there.

Idols does not guarantee success and longevity in the mainstream media and music industry.

Motorcade and MEC to rally mass support for EC Idols

An Eastern Cape MEC and a foundation have taken it upon themselves to rally support for the remaining two Eastern Cape Idols SA contestants. Luyolo ...
Lifestyle
2 years ago

With so many resources pumped into these individuals’ careers, it is difficult to pinpoint an Idol who has reached star status in the country’s music industry.

Take Jody Williams, the season 4 winner, who at the age of 17 was then the youngest artist to scoop the big prize after Winkler.

In June 2019, it was reported that the Cape Town singer had given up on show business after gigs stopped coming in and after a dispute with her management.

She said the pressure escalated and ultimately caused a rift in her family.

The 29-year-old is now mother to an eight-month-old baby and is happily working as a receptionist.

Winkler himself is now a pastor and gospel singer.

Kortje was an apple picker on a Grabouw farm in the Western Cape, earning R300 a month.

The vocal powerhouse captured the hearts of millions of South Africans, winning 65% of the popular votes over co-finalist Gift Gwe.

Bones was a homeless kid who roamed the Pretoria streets for discarded leftovers after his mother died.

But their careers have not continued on their initial meteoric paths.

Kortje has only released one album, Forever and a Day, since winning the show 16 years ago.

Nowadays, she keeps herself busy with performances around the Western Cape at events, such as  Divas and Maestros, which aims to provide a platform for young up-and-coming musicians, as well as driving her Karin Kortje Foundation.

Bones released his debut album, Shaded Soul, within a year of his victory.

The album featured collaborations with artists, such as Tresor, Kwesta, Reason, Ziyon, Jaziel Brothers and RJ Benjamin, and received a nomination for best pop album at the 2016 South African Music Awards (Samas).

Now he performs across the country at corporate and public events. He is signed under the About Entertainment record label and describes his musical style as old-school R&B with a fusion of retro-soul music.

Noma Khumalo, who won the 12th season of the show, has not released music in two years, saying she wanted to focus on herself.

Season 12 runner up Thami Shobede died in August at the age of 31.

It was reported that he suffered from depression due to a lack of gigs.

Season 8 winner Khaya Mthethwa, who had a gospel musical background before entering the competition, said he entered to broaden his versatility as an artist.

The Umlazi born singer-songwriter has two studio albums which have songs playing on national radio stations.

Sukwene has also collaborated with industry greats such as the late Robbie Malinga.

On the flip side, artists who have not won the competition, seem to be doing very well for themselves.

SA platinum-selling singer Shekhinah Donnell competed on the show and was placed in the top 32 of season 7 and the top six of season 8.

Her debut album, Rose Gold, reached platinum selling status in August 2018 after a success of single releases, such as  the popular Back to the Beach, which features former season 10 participant Kyle Deutsch.

The singer has been the opening act for international musicians such as Ed Sheeran and Toni Braxton.

Recently, she organised and created her own female-driven music festival, called Rose Fest, in celebration of Women’s Month in August.

The Eastern Cape’s Amanda Black, who participated in three of the show’s editions, has released hit album after hit album.

Her debut single, Amazulu, was credited to have been instrumental in the upward trajectory of her career following its massive reception which saw it gain rotational nationwide airplay and downloaded more than 53,000 times.

Other winners of the show include Anke Pietrangeli, Jason Hartman and Sasha Lee Davids — who were co-winners after a voting mishap, Elvis Blue, Dave van Vuuren, Karabo Mogane and Yanga Sobetwa.

Five of the 15 winners have hailed from the Western Cape, while four of the winners were from KwaZulu-Natal.