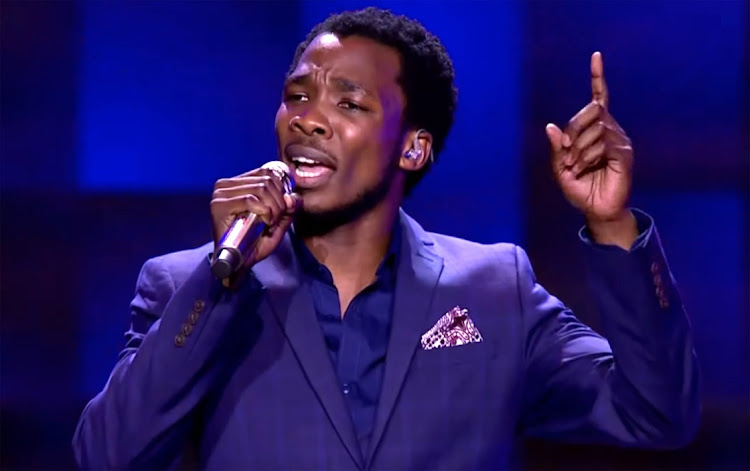 The community of King William’s erupted into celebration after Luyolo Yiba was announced the winner of Idols SA season 15.

After a staggering 186m votes casted, Idols SA presenter Proverb announced Luyolo Yiba was the winner. Proverb said the show was the toughest and most tightly contested in the history of the competition.

King William’s erupted into celebration after Luyolo Yiba was announced the winner of #IdolsSA season 15. pic.twitter.com/A4ylspSKRl

The King William's Town star beat out Snenhlanhla “Sneziey” Msomi for the crown at a packed Carnival City in Boksburg.

Proud aunt of Idols winner Luyolo Yiba, Thandiwe Magwaza-Mahlangeni, 58, celebrates outside Yiba’s King William’s Town’s home with neighbours. “From an early age, he would go around carrying his guitar where ever he would go ... We are so proud of him.” Video: MALIBONGWE DAYIMANI pic.twitter.com/oOxPTuCj9x

The show opened with this seasons' eliminated contestants performing a powerful collaboration. There were screams of excitement as the final two burst onto stage singing John Legend’s Preach.

Sneziey and Luyolo treated fans to a feast of music with show stopping renditions alongside the Mzansi Gay Choir, Vusi Nova and former contestants of the season.

Noncedo and Dumisani Yiba could not contain their excitement and pride when speaking about their son, Luyolo, who is the sole remaining Eastern Cape ...
Lifestyle
1 year ago

Judge Randall Abrahams said the competition was the tightest he had ever been a part of.

Judge Unathi Nkayi said the show was the most successful in its history. She said it was made special by the two finalists Luyolo Yiba and Sneziey Msomi.

Ahead of the finale, Luyolo told TshisaLIVE he would dedicate the win to his family, community and fans.

“Of the thousands who entered the competition, to be in the top two is a massive accomplishment. It won’t be a big deal if I don’t win but I will give it my all. I will keep pushing my music career and winning Idols SA will open so many doors for me,” he added.

Just minutes after scooping the title, Luyolo said: "It doesn't feel real. I just want to thank those who supported me."

“I really appreciate the spot I have been put in and I feel great.”

Next season's auditions kick off in February next year.

Over 15 years, Idols has brought a phalanx of singers into the limelight. But not all of them have stayed there.
Lifestyle
1 year ago