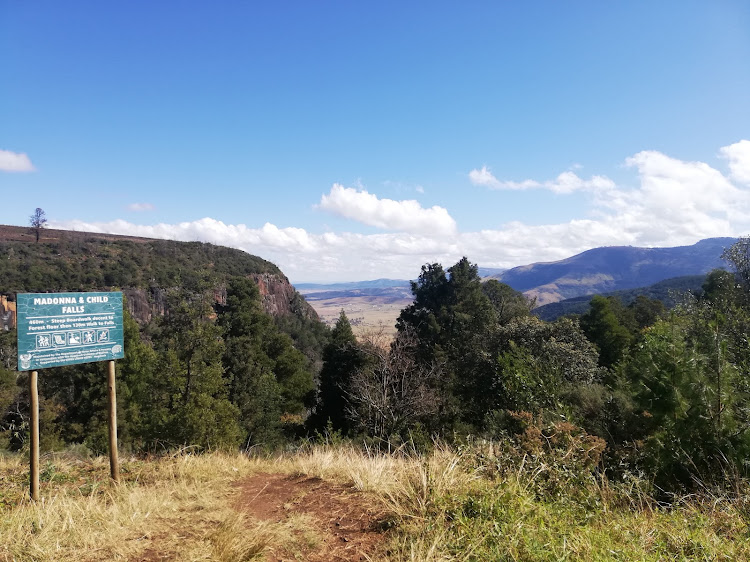 JUST THE START: The trail to the Madonna and Child Falls in the Tyume Indigenous forest looks deceptively easy
Image: NOMAZIMA NKOSI

When I came back from Hogsback in September I kept telling my colleague, Rochelle, “you know, if someone were to tell me Lord of the Rings was filmed there, I wouldn’t be surprised”.

Now being a fan of the movie franchise, I know that it was not filmed here in the Eastern Cape but thousands of kilometres away in New Zealand.

A couple of days later, while speaking to another colleague, Michael, I relayed the same story and he responded by asking if I knew that Hogsback had inspired author JRR Tolkien to write Lord of the Rings.

This was an “aha” moment because, clearly, I was not the only one who had seen the similarities between the Amathole forest and Mirkwood.

Since then, I have to come to learn that Tolkien was born in Bloemfontein in 1892.

Enough of that and back to my much-anticipated trip to Hogsback, which started off with one of the most scenic drives I have ever been on.

The narrow road is surrounded by thick forest and trees, and it winds and at times, the lanes are so thin that cars have to make way for each other to pass.

Entering this majestic village, however, we were greeted with spectacular potholes, the corner leading to the bottle store lined with men selling walking sticks. 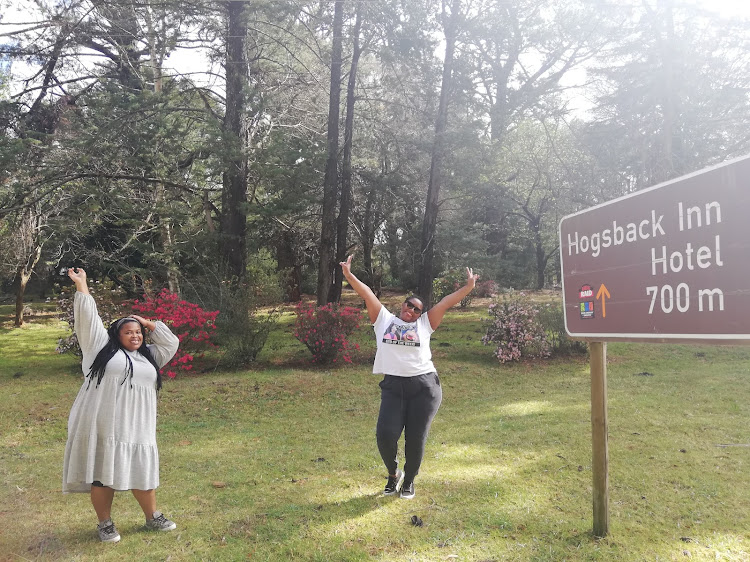 MUCH-NEEDED BREAK: The entry to Hogsback and a magical world of forests and waterfalls high up in the Amathole mountains
Image: NOMAZIMA NKOSI

From here, on to the first adventure I excitedly embarked on. In hindsight, I should have known better as I trekked down the 460m steps to get to the Madonna and Childs waterfall.

Remember that episode of How I Met Your Mother when Barney Stinson decided to run the New York marathon without any training and actually finished the race?

Well, the reason I bring this up is because just like Barney’s legs turned to mush at the end of the marathon, so did mine when I attempted to hike down to the waterfall.

I probably should have read the sign that said: “460m-steep boardwalk descent to the forest floor then 130m walk to the falls”.

Sadly — and I am sad — I did not reach the waterfall as my left knee started buckling as I was descending.

I am embarrassed about this because the falls sounded so close.

When I told my tour guide Velile “Veza” Ndlumbini that I could not go any further, he kindly offered to take a picture for me. My job was to haul my behind back to the Kombi.

I probably should have stated earlier on that I am not an outdoor person.

I am not a nature lover, nor do I have a single adventurous bone in my body. But I have always wanted to see and experience Hogsback, which on this trip I did.

South Africa’s economy is anything but homogenous – the challenges and opportunities are as diverse economically as they are in every other aspect of ...
News
1 year ago

On the trek back I prayed to God, and resolved that should I be attacked by monkeys or whatever other creature should make an appearance, I  would not even attempt to fight as at this point I had nothing left to give.

I was done for. It was hot, there were animal noises coming from high in the trees, my life at that point was not my own. But I finally made it back to the top, legs shaking and all.

Hogsback is a magical world of waterfalls and forests high in the Amathole mountains offering walking trails, diverse plants and trees, and amazing birdlife.

It really was everything I had hoped for — besides the snow. There was none.

By the time I visited the 39 Steps Falls, I was extremely hesitant. My legs were not participating at this point. 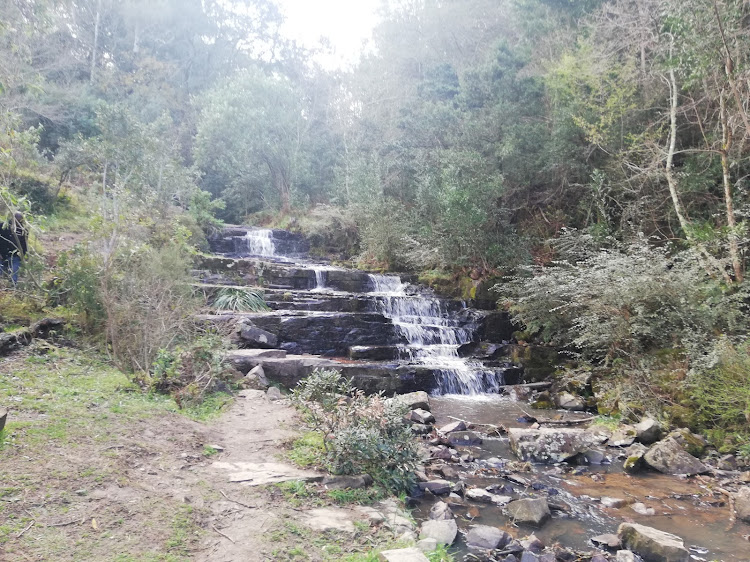 WORTH THE WALK: The 39 Steps Falls
Image: NOMAZIMA NKOSI

But as I continued walking, taking in the mountain views in the distance, it proved to be one of the best decisions I had ever made.

The streams and quaint wooden bridges along the path to the waterfall placed me in some of the most beautiful settings I had even been.

The walk is about 15 minutes and you will not regret it.

It is a dog’s life in Hogsback haven

We were welcomed to A Hog's Life by easy-going, friendly manager and local folk musician Ann Jangle, as well as a parade of wagging tails, excited ...
Lifestyle
1 year ago

I found myself feeling connected both to God and my ancestors at the same time.

I am a township girl, but I have never felt more at peace.

We also did the Labyrinth at The Edge, an eleven-circuit Labyrinth with a diameter of 29m and a circumference of 91m.

The length of the pathway is 700m, and the distance of the walk to the centre and out is about 1.4km.

The idea is to walk in silence and when you reach the centre, you sit down and meditate.

It has been a hectic couple of months reporting on the Covid-19 pandemic, so this was a much-needed getaway from deadlines to breathe some fresh country air.

Escape to the wonder of the Eastern Cape

It has been more than a month since travelling was banned and life as we knew it took a  drastic turn,  blowing all travel plans. With Covid-19 ...
Lifestyle
2 years ago