Myrtle the flying turtle touches down in PE 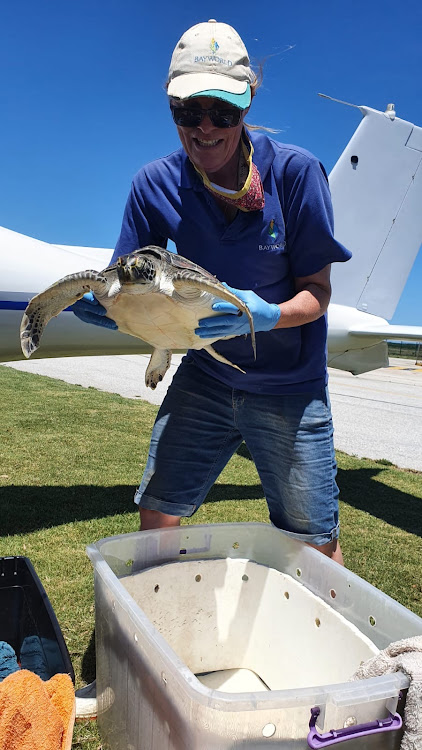 Bayworld aquarium curator Ruth Wright takes receipt of Myrtle at the Port Elizabeth airport  after she was flown in from East London.
Image: SUPPLIED

Thanks to care and collaboration, Myrtle the flying turtle is recovering at Bayworld.

The green turtle was discovered last week stranded on the East London shore by extreme adventurer Peter van Kets and his daughter and, thanks to a collective effort, she made it through to the experts in Port Elizabeth.

Bayworld aquarium curator and turtle rehabilitator Ruth Wright  confirmed on Monday they had taken receipt of the little seafarer.

“She’s just 6.8kg so obviously still very young because adults can get as heavy as 200kg.

“As a green turtle she’s used to subtropical and tropical waters so we’ve got her in a warm tank of water where she will feel at home and which also helps with the healing process.

“She’s having trouble diving and is very lethargic.

“Our veterinarian, Dr Andrew Mackay, of Mount Croix Animal Hospital, has already X-rayed her to check for any sign of ingested plastic blocking the gut but that seems to be clear so he’s taken blood samples to check for infection and now we’re waiting for those results.” 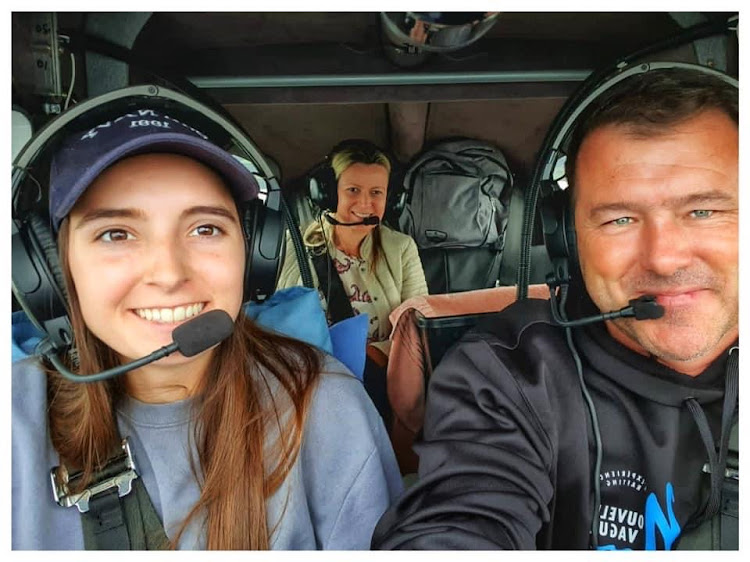 Two Oceans Aquarium Education Foundation representative Maryke Musson said Van Kets and his daughter Hannah had spotted Myrtle washed up on the rocks near their home at Sunrise-on-Sea, East London.

Van Kets liaised with the foundation’s turtle rescue team and had then driven the little animal — which Hannah had named Myrtle — through to veterinarian Dr Peter Wood.

There the turtle was rehydrated while arrangements were being made to transfer her to the closest turtle rehabilitation centre at Bayworld, Musson said.

“Darren Hanner, owner of Eco Tanks, has been a friend of the foundation for years, so I thought he might be able to give Myrtle a lift on one of his Eco Tanks delivery trucks.

“But Darren immediately offered to be the air ambulance and fly Myrtle to Port Elizabeth in his small aircraft.

“Flight logistics were quickly finalised and on Sunday morning, Myrtle took off on her rescue flight to be safely delivered to Ruth Wright of Bayworld.

“Young Kelsey Yelseth piloted the plane, with Darren as the safety pilot and Kelsey’s mom, Coral, had the important role of airborne turtle nurse.

“They touched down in Port Elizabeth after a 90-minute flight and Ruth was waiting next to the landing strip to take over Myrtle’s care.” 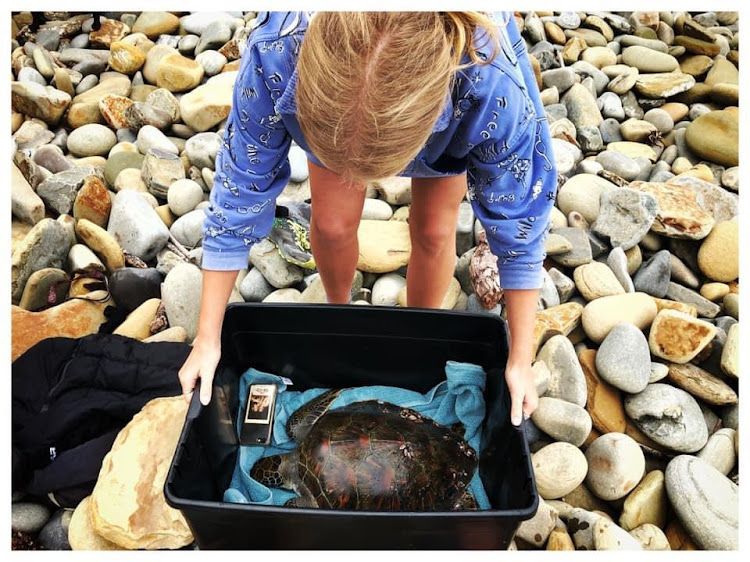 Myrtle the green turtle was rescued by adventurer Peter van Kets and his daughter, Hannah, after the animal stranded on the rocks at Sunrise-on-Sea, East London.
Image: SUPPLIED

Musson said the rescue was another example of the power of collaboration.

“We somehow always find willing and caring people to get these compromised animals to the right care as quickly as possible. Myrtle is a lucky little turtle.”

Wright said green turtles nested on the Mozambique coast and on islands in the Mozambique Channel but because of the rich pickings in South African waters were common vagrants down as far as Cape Town.

“So they often strand on beaches up and down our east coast.

“When they do it’s almost certainly sign that something is wrong so we encourage members of the public to please contact us when they come across a turtle or any other stranding.