Karen van Rooyen
Digital editor
04 December 2020
The Terblans Nature Walk is one of many hikes in the Knysna Forest.
Image: KAREN VAN ROOYEN

It was on a chilly Sunday morning in September that I finally conquered the beautiful Knysna Forest.

Well, that is if completing a 6-point-something-kilometre hike around one section of the expansive forest stretching along the Garden Route can be considered a conquest.

By my books, anyway, I’d finally achieved what I had set out to do more than a year before — finish a hike in South African author Dalene Mathee’s beloved forests, the inspiration for her four novels.

Back then, I had only managed a few hundred metres of the Circles in the Forest trail in another part of the forest.

This time, however, pride would not let me give up. Besides, forging ahead into the unknown rather than tracing back my way along the path that I felt would be the death of me seemed the better choice — it could surely not get worse.

I had arrived at my home for the weekend, The Lofts Boutique Hotel, the day before.

The latest addition to the Cape Country Routes’ collection of properties, the Lofts is a four-star establishment with five-star views across the Knysna lagoon.

Located within the remodelled timber frame of the old Knysna boatbuilding shed dating back to the 1920s, the hotel has 18 rooms including exclusive lagoon suites, luxury loft rooms and self-catering units.

Facilities include a splash pool, spa, sundeck, and restaurant in an airy atrium also occupied by other businesses. 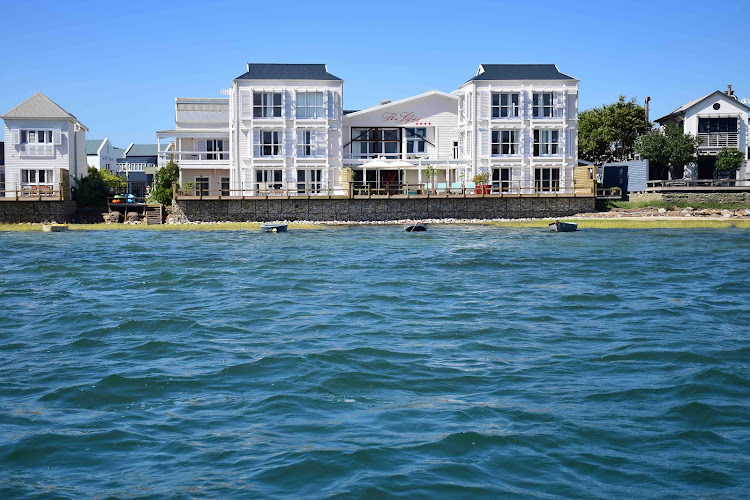 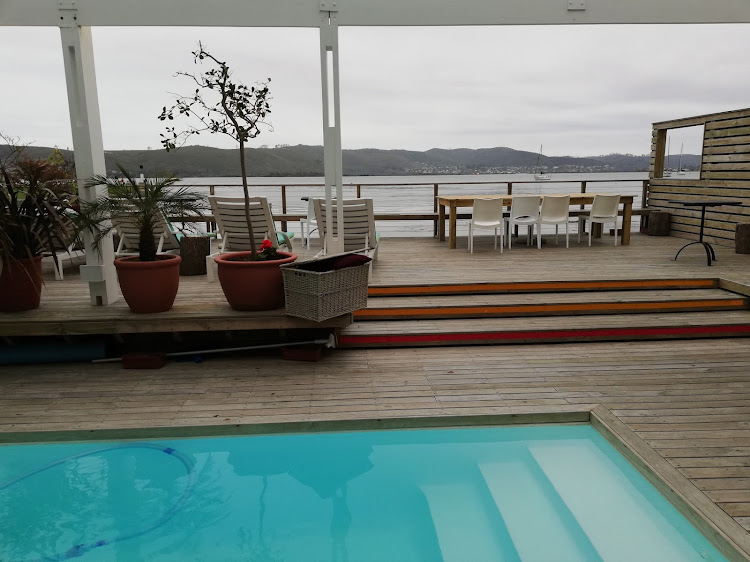 One of those is île de païn, a cafe-style restaurant and bakery that serves breakfast and lunch.

Here we were treated to a light lunch before a relaxing massage back at the hotel spa followed by an afternoon at leisure — we could paddle in the lagoon, cycle around the island or take a walk around Thesen Island.

It was rather begrudgingly that I tore myself away from the sofa in my room overlooking the lagoon — the sounds of water lapping against the hotel deck as the tide came in, birds chirping and people laughing and talking off in the distance making me forget for a moment that we were still in the midst of a pandemic, with the tourism industry slowly starting to recover — to explore Thesen Island a bit.

Besides, after months of being cooped up indoors with restricted access to normal day-to-day activities during lockdown, it was only right that I spend some time outdoors.

But I was back soon to again enjoy the view — this time from the bath tub which faces onto the lagoon.

And for someone who has had to give up leisurely baths due to drought back home, a bath with a view — and lots of bubbles — was the ultimate luxury.

Soon it was time for sundowners on the deck.

An overcast day meant we did not get to enjoy the sunsets we had seen in other pictures taken from the deck, but my cocktail — the signature Boat Shed, a tasty amber concoction of whiskey, crisp apple, cinnamon and ginger ale — more than made up for the lack of a blue sky and golden sunset.

Supper at the cosy Caffe Mario was an opportunity to not only enjoy a tasty meal (veal — a first for me — in a creamy sauce with mushrooms and linguine) but to also pray for the rain predicted for the next morning, meaning our forest walk would be cancelled.

My last hike had left a very unfit me sore for a week and I dreaded a repeat. Rain, I thought, would be my salvation.

But it was not to be.

The next morning, while chilly, overcast and threatening a downpour, was dry.

And so we set off for the Terblans Nature Walk, one of many trails varying in distance in the forest. The board at the start of our walk indicated 6.5km.

It started off quite easily. A level path, fairly wide; this would be a breeze.

But then it happened: the path started winding downwards, becoming narrower and steeper.

With every step, the gap between me and the rest of the group widened until it was just me and Justice “Justin” Witbooi, our waiter at The Lofts who was also accompanying us on the hike, and had become my personal guide.

The trail became particularly tough for me once we crossed a stream at the bottom end (at least that’s what I thought at the time; more bottoms would follow) about 30 minutes into our hike, and the path started winding upward again — I felt dizzy every time I looked up ahead.

But Witbooi, who told me on one of our many stops so I could catch my breathe and settle my dizzy spell how he walked between 16km and 20km three times a week with his two dogs in the forest, was patient, encouraging me to rest when I needed to and just focus on short stretches at a time.

At times, I blurted out expletives (mild ones, I promise) when I realised we had not reached the end yet — much to Witbooi’s amusement — especially when we reached a gravel road, only to realise we were to cross it and carry on walking through the forest on the other side.

We would realise later that had we followed the gravel road instead, we would have walked around instead of through the tricky section of forest with its roots, fallen over trees, uphills and downhills.

But that would be cheating, right?

It was the sound of voices drifting through the forest that motivated me in the last few minutes of our hike and, as we rounded one last corner, there it was: we had come full circle to the starting point of our walk and I was rewarded with a delicious picnic packed by The Lofts team.

But even more rewarding than the picnic — and I love food — was the satisfaction at having completed the hike.

Back at the hotel later, when asked during supper what my highs and lows were of the trip, I was simply grateful for the opportunity to escape the pandemic, albeit just for a weekend, in the most perfect setting I could ask for, with the most accommodating hosts who catered to my every whim.

It was good for the soul. And so I kept reminding myself every time in the days following I winced at aching muscles and told myself I would never do it again.

The truth is: I would so do it again!