How clinging to myths about marriage can weaken your union 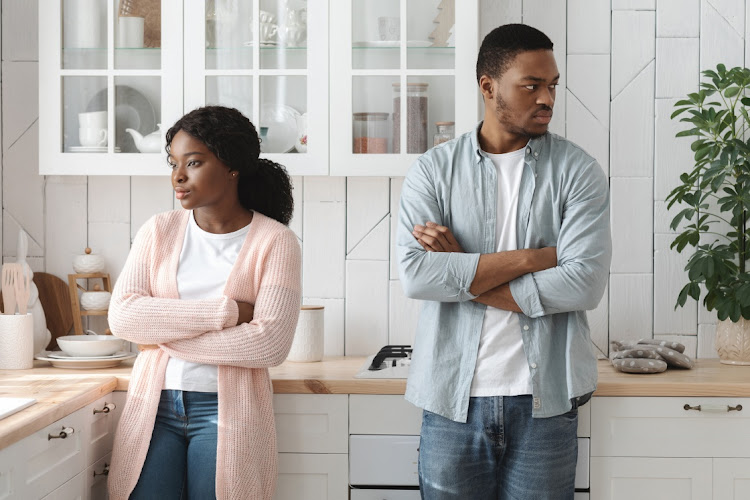 Singles and couples alike are so chained by these marriage myths that the very outcome of their lives is determined by them. Stock Photo
Image: 123RF

We believe marriage is the oldest God-created institution in the world — older than the concept of government or even the church.

However, society has evolved it with many human and socially constructed philosophies over millennia, such that marriage as we know it today has no shortage of opinions on what makes it work.

However, an overwhelming number of them have no basis in fact or reality.

Singles and couples alike are so chained by these marriage myths that the very outcome of their lives is determined by them.

Most couples have never participated in marriage education of any kind except what they’ve seen in the traditional media or on social media.

Many have the example of their parents and other family members as the foundation of their marriage education.

YOUR MARRIAGE | Dealing with infertility in your marriage

Not having children out of choice is one thing. But having no children due to reasons you have no control over is quite another. And the depression ...
News
1 month ago

Let’s explore a few of these.

Marriage means we must make each other happy

There’s an obsessive focus by couples on happiness. We’re increasingly meeting couples that are either miserable in their marriages or are divorcing because one partner can no longer make the other happy.

The destructive nature of the belief that someone else, with flaws and deep-seated needs of their own, has a full-time duty to make you happy detracts from the real meaning and purpose of marriage.

It will give you an opportunity to find happiness in peace, in letting go, in learning what’s worth fighting for, in figuring out how to love an imperfect person, in seeing what commitment is and what compromise feels like.

Happiness is a personal choice and not contingent on one’s circumstances.

One of the biggest fallacies in romantic relationships is that you just need to “find the right person” to marry. On one level, this sort of ...
Lifestyle
1 month ago

There are plenty of happy poor people and miserable millionaires. If you aren’t happy before marriage, chances are you won’t be happy in it.

Our obsession with happiness often exalts hedonism at the expense of what really matters in marriage, and further seeks to cancel out the sacred truth that marriage is for better or worse.

In an imperfect world, happiness is a short-lived feeling. And bad things do happen to good people.

But we don’t always have to bail out of marriage just because we are treated in a manner that’s undeserving — which makes us unhappy.

Happiness is a weak pursuit in marriage. Peace and satisfaction are far better pursuits. Happiness will be a by-product of that pursuit.

The world owes us no great marriages. Such marriages are diligently and patiently worked on.

Common interests keep a couple together

The belief here is that the more similar you are and more common interests you have, the better the chances for a successful marriage.

But the important thing in marriage is not what you like doing together; it’s how you interact while doing it.

Any activity can drive a wedge between two partners if they’re negative towards each other.

It doesn’t matter if you both enjoy outdoor adventure if one partner makes it unbearable for the other by criticising, degrading and imposing their ways of doing on the other.

YOUR MARRIAGE | Managing the argument hangover in your marriage

Whether it’s with your partner, parents, siblings, colleagues, neighbour or friends, we all experience argument hangover from time to time. And ...
News
2 months ago

A relationship of similarities and common interests will become boring. When you embrace being different there’s more adventure, and you have more opportunities to challenge one another to grow and mature.

A stronger predictor of compatibility is the ratio of positive to negative interactions, whether you’re doing something you both enjoy.

It’s not enjoying the same kind of hobbies, holiday destinations and similar kinds of activities that make a marriage strong, it’s embracing each other’s differences.

More important, it’s being compatible in your value system, your character and your life purpose or goals.

This is one of the most clichéd pieces of relationship advice immortalised by a misinterpretation of the bible verse: “Don’t let the sun go down in your anger”, Ephesians 4:19.

YOUR MARRIAGE | Why you should stay married

Marriage, like any relationship with another adult, is not easy. It takes a lot of deliberate work to maintain it. You don’t just fall out of ...
Lifestyle
2 months ago

First of all, that speaks of anger and is not about urgently resolving conflict as this will be impractical in marriage.

Second, many differences that are points of conflict in marriage can’t be resolved overnight.

Furthermore, everyone has their own methods of dealing with disagreements. Many recurring issues in marriage are never resolved because of personality differences.

When you feel overwhelmed during a “fight”, take a break and come back to it later, even if it means sleeping on it. Mature couples know how to be cordial and park an issue without it affecting the rest of their relationship.

Happy couples do not argue

We sure do! If we didn’t, the only thing on TV would be soccer and the toilet paper roll would always be the way one person wanted it. There’s a time to give in and a time to stand your ground.

Arguing is not only a form of communication, it demands the other person respects you have opinions that aren’t theirs.

Conflict is not a sign of an unhappy marriage, but an expression of uniqueness, freedom and a need to be heard. It communicates equality and a deep sense of value.

It is inevitable in marriage and should be embraced as part of a healthy relationship.