Femme Fatale: Why women are slaying in the gaming world 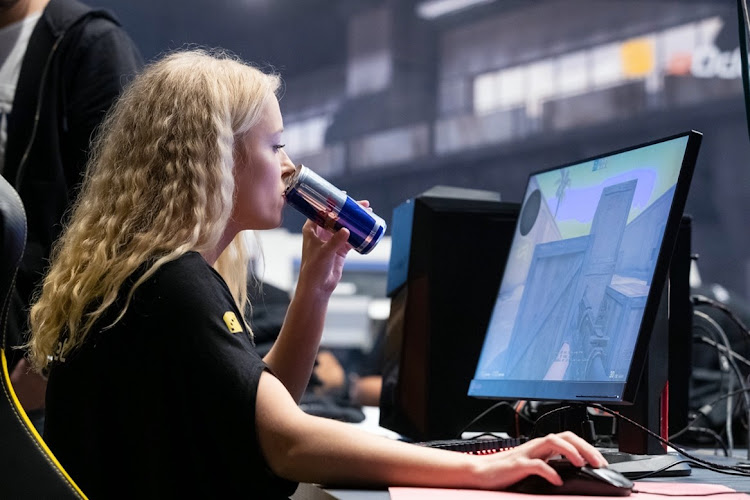 Michaela ‘Mimi’ Lintrup. despite increasing access to the gaming world, the industry and its community still have some way to go in making it a truly inclusive space.
Image: Mpumelelo Macu / Red Bull

The gaming industry is growing exponentially, and so is the participation of women players. Leading this female-driven revolution are a handful of top women gamers who believe women can change the esport and gaming world as we know it.

Africa's increasing youth population makes it an ideal market for the gaming industry, and South Africa is no exception, especially with the growing penetration of smart devices and mobile connectivity.

There are an estimated 11 million gamers in South Africa, and they're starting to spend more on gaming – in 2017, they put an estimated R3 million towards it. The video game sector showed an almost 17% year on year growth rate in the same year.  The rise of esports is also on the up, with many schools and colleges offering competitions to the youth.

However, despite increasing access to the gaming world, the industry and its community still have some way to go in making it a truly inclusive space.

International research estimates that women make up around 46% of gamers – but many women still face stereotyping and even harassment online. Research shows that one in three women gamers has faced discrimination or abuse while playing games online, and this has led to a third of female gamers choosing not to reveal their gender in team-based gaming scenarios.

"The ridiculous stereotypes that exist in niche spaces like gaming continue to pose challenges to women wanting to enter the space professionally or as a casual gamer," says Sam Wright, editor and founder of Tech Girl, professional gamer, and esports shoutcaster and host.

"Sexism, like in many other industries, continues to exist and can sometimes trickle down to places like in-game chats during casual multiplayer games. These are all challenges that have to be faced and dealt with as women enter the industry."

Tackling this discrimination head-on will allow more women to enter the gaming space, Wright believes. The first way to do this is to feature women who are making waves in the gaming industry.

Along with Wright, just some of these women making headlines in the gaming world are:

Red Bull Gaming has created a series of events that allow women gamers to shine. The first of these is Red Bull Hit the Streets, which is launching in Women’s month with the national final taking place at the end of September. Red Bull Flick, which is a CS: GO tournament, will also be taking place in the later part of 2021.

The success of these women is an indication of the increasing participation of women in gaming. Just five or six years ago, the number of women working in the industry was significantly less, adds Wright.

"While there were a host of women playing games, very few ladies worked in the industry as creators, commentators, or even in management positions for hardware and gaming distributors. That has most definitely changed. There are so many women working in the industry now, in business, content creation and media," she says.

"The weird stereotype that 'girls don't game' is clearly a fallacy, as many more women are now far more comfortable with sharing their passion publicly and loudly."

Encouraging women to join the gaming community is not just good for business – by opening the market to more gamers and creating more sales - but it can also make the games better.

"Having more inclusivity in the industry allows new views and ideas to be shared and ultimately allows more access to even more gamers - and gain more sales," says Wright.

"I think the question needs to be why would you want to exclude people from an industry because of their gender, skin colour or anything else that has no bearing on their ability to do a job and contribute positively?"