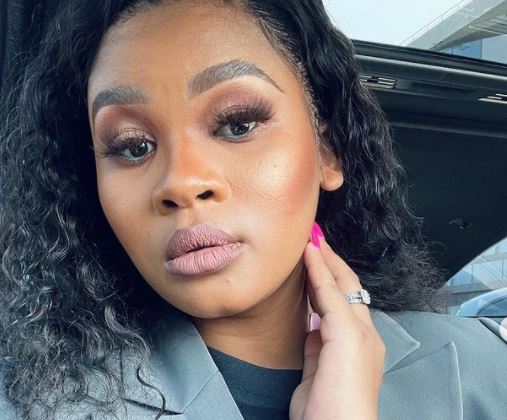 As uncertainty around Somizi Mhlongo's return on Idols SA continues to linger, the singing competition has a plan in place for Somizi's chair on the judging panel and the first guest judge has been announced as amapiano hitmaker Lady Du.

M-Net issued a statement earlier this month saying Somizi’s role on the show had been put on ice as he deals with abuse allegations made against him by his estranged husband Mohale Motaung.

Since then speculation as to who would replace the reality TV star has been rife on social media. However, instead of one “replacement” judge, Idols SA has announced that they will have a range of celebrities judging the upcoming talent.

“As the competition now advances to live shows with the Top 16 contestants singing it out for the coveted grand prize, guest judges will be chosen from the infinite pool of Mzansi’s entertainment industry — and all are trailblazers in their respective crafts. The guest judges are going to be announced weekly via the Mzansi Magic website and social media platforms,” read the statement.

Please give a warm #IdolsSA welcome to @Ladydu_sa! She's set to be the FIRST of MANY guest judges that'll join @tv_randall and @Unathi_Africa in the live shows this season. Episode 8 tomorrow is about to DU the things that can make the live show to be done! 💙

The Umsebenzi Wethu singer — whose real name is Dudu Ngwenya — is a singer, rapper, dancer and songwriter hailing from Vosloorus. The granddaughter of Alias, the owner of the first nightclub in Vosloorus, daughter of DJ Choc and niece of YFM’s DJ Zan-D, she began her journey as a hip-hop DJ at age nine.

An excited Lady Du took to Twitter to share her excitement at the opportunity to help find Mzansi's next superstar.

“From the heart, honesty, shared experience, motivation, we look for superstars, we don’t discourage, we build! Bringing the WAWA flavour to @IdolsSA. Time to rock!”

From the heart, honesty, shared experience, motivation, we look for superstars, we don’t discourage, we build!!!! Bringing the WAWA flavour to @IdolsSA time to Rock pic.twitter.com/uO9Z6Jfz42

"Somizi can’t be replaced. The show is so vanilla without him," said one fan, even though other people begged to differ.
Lifestyle
4 months ago