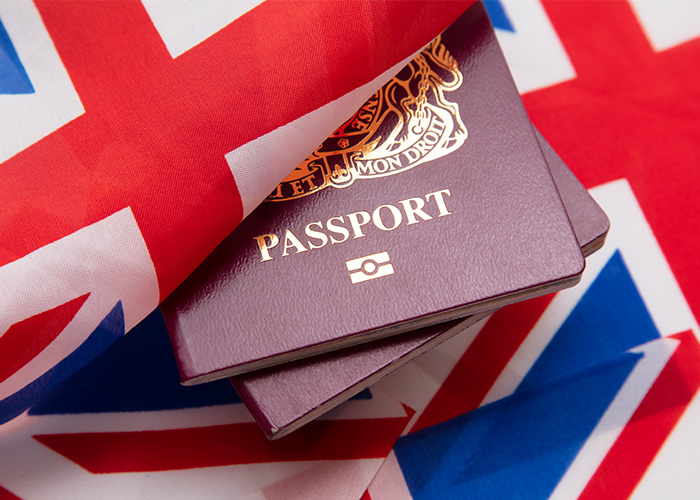 Do you have a claim to British nationality? The experts at Sable International can help you find out. Picture: SUPPLIED/SABLE INTERNATIONAL

Having a family connection to the UK is one of the most common ways to claim British citizenship, say the experts at Sable International, a company specialising in cross-border financial and immigration advice and solutions.

However, discrimination in historical UK nationality law means that some South Africans who have family ties to the country have previously been denied British nationality based on issues of gender or legitimacy.

The good news is that a new piece of legislation, being debated in the British parliament, sets out a number of provisions that seek to correct some of these discriminations.

The changes would mean that if you failed to qualify for any form of British citizenship because your ancestor was the wrong gender, or because your parents weren’t married at the time of your birth, you might now qualify.

These provisions are in line with other corrections the UK government has made in recent years, so Sable International expects them to pass into law.

Here's a closer look at three of the most common routes to UK citizenship for South Africans:

1. You, your parents or your grandparents were born in the UK

While this can be the simplest way to claim UK citizenship, it can be complex, too.

You were born in the UK

Being born in the UK doesn’t automatically make you a British citizen. It depends on the date of your birth and the status of your parents. If they were only visiting the UK, or on non-permanent visas, or there illegally, then you generally won’t be granted citizenship.

The main exception to this rule is if you were born in the UK before January 1983 (when the current British Nationality Act came into force). Unless your parents were in diplomatic service, you would have received UK citizenship automatically at birth, even if you didn’t know it, and you may now claim a British passport.

However, there are exceptions, even if your parents were in diplomatic service. In one case Sable International worked on, a woman received UK citizenship based on the argument that her father (who was in the US Air Force, stationed in the UK) had only partial diplomatic immunity.

Your parents were born in the UK

If one of your parents was born in the UK and holds UK citizenship, it is possible for them to pass it down to you. This is known as citizenship by descent.

The rules historically made it simpler to obtain British citizenship via a UK-born mother. Up until 2006, it was possible to receive citizenship  through your father only if your parents were married at the time of your birth.

The UK government has sought to fix this type of discrimination, making it now possible to register as a British citizen if you were born out of wedlock to a UK-born father before the law change in 2006.

If you become a UK citizen by descent, you won’t be able to automatically pass citizenship onto your own children born outside the UK. However, if you live in the UK for at least three years, you can register them as citizens before their 18th birthday.

If you were adopted by a British citizen in the UK after January 1 1983, you will automatically be British.

If you were adopted by a UK citizen outside the UK, you may be able to apply for discretionary registration if you are still under the age of 18. However, you will need to show that:

Your grandparents were born in the UK

South Africans with a UK-born grandparent can qualify for an Ancestry visa that lets them live and work in the UK for five years and eventually apply for permanent residency and then citizenship.

However, there is a second option that leads to full citizenship without the need to relocate to the UK: double descent.

Double descent is a complex area of British nationality law, with eligibility often dependent on an individual’s circumstances and what laws were in place when their parents and grandparents were born.

An example of a route through double descent is if your grandmother was born in the UK, you were born after January 1 1983 and your parent was registered as a British citizen between February 2 1979 and December 31 1982.

2. Your ancestors were born in a former British territory

Britain once ruled over a third of the world’s population. As the British Empire grew and shrunk, the territories it controlled came to differing agreements with regard to citizenship and nationality. This means that depending on when and where you, your parents or grandparents were born, you might be eligible for British citizenship.

A note on dual citizenship

Not many people know that there are a number of types of British nationality that came about as colonial laws changed and independence agreements were signed. Many of these nationalities can pass to descendants including:

Over time, most of these statuses either became full British citizenship or were replaced by citizenship of newly independent countries. However, some people were denied this new citizenship and kept their British nationality, often without realising this was the case.

For example, at the time of independence for India and Pakistan, under the new laws, the British government refused to acknowledge people who were born in those countries as CUKCs, leaving them stateless. In fact they remained British subjects, even though this form of British nationality was not intended to exist in the period after 1948.

This means that their descendants might now qualify for full citizenship.

More common cases involve people born in Kenya before independence to parents who were foreigners, who’d settled in Kenya but weren’t born there themselves and therefore didn’t qualify for Kenyan citizenship.

Common examples of Crown service are the British military, the Colonial Service, the Overseas Civil Service and the diplomatic corps.

To claim citizenship via this route, you’d need to have been born between January 1 1949 and December 31 1982. Your parent must have been recruited in the UK and must have still been employed in the Crown service at the time of your birth.

However, if your UK-born grandfather was employed in Crown service on the date of your parent’s birth, there’s still a route for you if you were born after January 1 1983.

For South Africans, the situation Sable International sees most often is that a person's grandfather was on war duty (and recruited in the UK) between 1939 and 1945.

Do you have a claim to British nationality?

This article was paid for by Sable International.