Chris Adendorff and Des Collier are working on the 2nd edition of their book, to be published early in June, on possible futures for South Africa towards 2055 based on the outcome of the upcoming election, with particular reference to the Fourth Industrial Revolution. This is the third in a series of articles written by them published in the Daily Dispatch in the run-up to the May 8 general election. 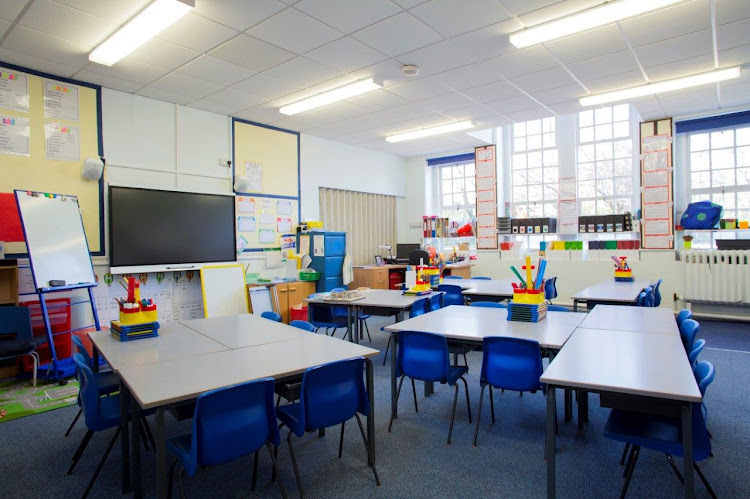 GETTING THE RIGHT MIX: Not only is new content needed, but also an appropriate and effective system of delivery that will foster cross-discipline co-operation in education and human development.
Image: 123rf.com

Energy, infrastructure and education are three critical factors that will determine whether a country’s people benefit from the Fourth Industrial Revolution (4IR). These factors are inter-related and inter-dependent. A reliable source of clean energy is crucial to the 4IR which needs to be supported by modern, smart infrastructure developed and managed by people with appropriate skills, values and attitudes. The implications of these factors need to be borne in mind as South Africans approach the crossroad of the 2019 election.

Now, the 4IR will change not only what we do, but also who we are. It will affect our identity and all the issues associated with it: our sense of privacy, our notions of ownership, our consumption patterns, the time we devote to work and leisure, and how we develop our careers, cultivate our skills, meet people, and nurture relationships.

In the future, school pupils of today will not compete with their classmates for jobs and business but will compete with people sitting in China, ...
News
3 years ago

For the past 14 years, since the South African educational reform process began with Curriculum 2005, the education system has been in a state of flux and turbulent transition.

The emphasis of the reform has been largely on curriculum design and subject changes that continue to be implemented within the constraints of a lock-step, age-related, cohort teaching and learning system modelled on the assembly line of the 2IR.

While the 3IR brought about significant changes in the way we work and communicate, it, arguably, had little effect on the operating structures and system of education. The accompanying technology (computers, internet and ICT), curricula, and learning subjects were generally absorbed into the existing system designed to prepare youth to function within the 2IR. Furthermore, the existing system continued to serve as a process to select those learners who qualified to enter university from those who did not.

Not only new content is needed, but also an appropriate and effective system of delivery that will foster cross-discipline co-operation in education and human development. A truly reformed education system will need appropriate new infrastructure and/or more creative use of space in available school buildings.

In addition, the scope of further and/or higher education needs to become much broader, as being the provider of avenues to the next logical level of complexity in learning and development for the whomsoever - be it an academic researcher or a technician.

Unemployment and education are linked

The 4IR is causing a large-scale decline in some roles as they become redundant or automated. High unemployment, especially of the youth (50.9% of those aged 15-24) is South Africa’s over-arching development challenge today.

X marks the future of infrastructure in South Africa

Chris Adendorff and Des Collier are working on the 2nd edition of their book, to be published in June, on possible futures for South Africa towards ...
Lifestyle
3 years ago

The future of jobs

By 2030, globally, two billion current jobs will have disappeared and been replaced by jobs that do not exist yet.

The sidebar shows the projected top 10 skills required in 2020 compared with 2015.

Empowered people have access to information, technology, infrastructure, electricity, social protection, education and lifelong learning. With this in place, they have the power to make active life choices in line with their own life goals and priorities. Reskilling initiatives will be key to ensuring both that individuals have access toeconomic opportunity by remaining competitive in the new work world, and that businesses have access to the talent they need for the jobs of the future.

As we approach the 2019 elections, will the elected government choose to educate and empower our people? And will citizens choose to become productive participants in a growing economy?

What are the possibilities?

Mega trends driving the need for cultural change include:

Based on review and planning undertaken by Chris Adendorff, Amathole District Municipality management and political leadership to compile Vision 2058 towards a Smart District, a number of game-changing actions are possible as summarised in the following example relating to education:

X marks the future of energy in South Africa

As South Africans approach the 2019 election, the country is once again at a crossroads. Making an informed choice when voting during these elections ...
News
3 years ago

While educational outcomes are determined by many factors, the type and quality of schools and other training academies can make the difference between success and failure. There is much that school districts can do, on their own or in collaboration with other districts, to reduce fragmentation and segregation and improve education outcomes.

One way to promote integration proactively among some school districts is through consolidation. Government should provide incentives to collaborate and consolidate, working with school districts, cities, towns, and peri-urban towns to find the best regional solutions. Such as the following regionalisation strategies:

Create school districts: Consolidating dozens of districts into countywide school districts would be a far-reaching transformation, which would require careful evaluation of costs and benefits and ways of maintaining community identity and flexibility to meet local needs. Local districts could take advantage of economies of scale and have the tools and authority to promote integration on a wide-scale, including establishing district training academies.

Chris Adendorff (PhD, DBA, PhD) is adjunct professor at NMU Business School in Futures Studies and Commerce. He is chairperson of the Aspire Development Agency in the Amathole District and serves on the Presidential Commission on the Fourth Industrial Revolution. Des Collier is a freelance writer/author and sole proprietor of Colliers Corporate Communications.