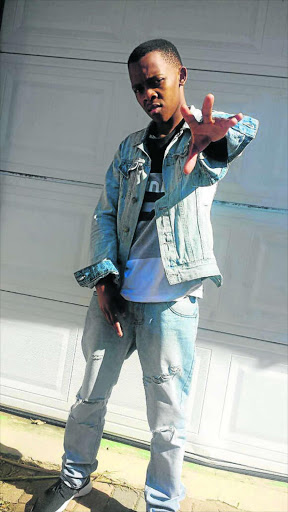 Asanda Empires, which has a licensing partnership with Universal Music, was founded by Asanda Mabengwana in May.

The label currently has five artists signed under them. Mabengwana said he started the label to help artists with some of the challenges faced by local musicians.

He said when he heard Matebese’s song on Mdantsane FM he knew he had to do something about his talent.

“There is a show called Take Over Show on Mdantsane FM. Two of the songs by my artists were in the top five and we had been called there for an interview.

“I remember they played Lil G’s song and I asked the DJ who ? I thought it was a Johannesburg rapper but I was shocked to find out that he was a local. They also told me that his song had been number one for eight weeks,” he said.

Mabengwana said they set up a meeting with Matebese soon after hearing his song on radio.

“When I met him I couldn’t believe that he was behind the song I heard on the radio. We asked for more songs and I was happy.

“I sent Universal Music one of his songs and they said I must sign him immediately,” he said.

Mabengwana also added that when he started the record label it was his dream to unearth hidden talent and take it to the next level.

“We’ve already spent two weeks in Johannesburg working with this guy. We are hoping to release his first single under the management soon,” he said.

Mabengwana said their goal was for Eastern Cape-based artists to make it nationally while still being based at home.

“We only go that side to do some PR work. We record here in East London, this is where Asanda Empires is based. It’s for locals,” he said.

The 22-year-old rapper said he was happy to finally have a recording deal that would help him advance his career.

“I feel like I am in another place right now and this move is good for my career. I like making music and that is all I want to focus on,” he said, adding that he also had a passion for fashion.

“I also hope to start my own clothing line while still pushing my music,” he said.

Matebese said he started rapping at the age of 14 and never thought he would one day take his music to a national level.

“My brothers like listening to hip hop and it was my eldest brother Caps who got me my first recording studio session. At the time I was just writing music with no bigger goal in mind,” said.

Mabengwana said he could not wait for the rest of the country to hear how talented Matebese is.

“All Asanda Empires’ artists will be releasing singles next month.

“We have been cooking something and now we are ready to deliver,” he said.