All set for Cruel Summer Picnic 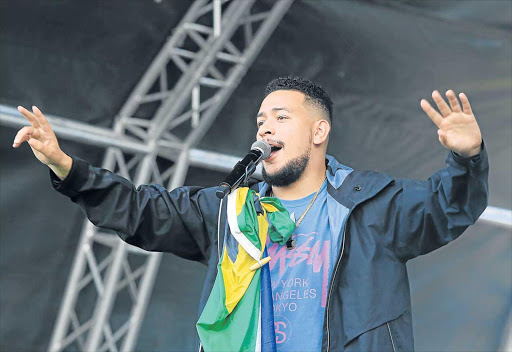 161129aka1sm0
The annual Cruel Summer Picnic is on this Saturday with well-known artists like AKA, Heavy K, Prince Kaybee, Maraza and the Dream Team headlining.

What started off as a small event has become one of the most popular events in the Eastern Cape during the festive season.

Over the years, the event has managed to pull more than 10000 people to East London.

Set for Buffalo City Stadium this Saturday, organisers of the show said it would be bigger and better than previous years.

Celebrating its fifth year now, the Cruel Summer Picnic was created to entertain students and the young working class.

“To celebrate five years, we decided to do things differently this year. We have invested more on the production of the show, from the sound to the set up of the day,” said Fezile Moyana.

Moyana said the sound for this year’s event would be bigger and better than previous years.

Over the years they have hosted big names such as, Big Nuz, K.O and Nomuzi.

“Even this year’s lineup is bigger and better. We have grown as a brand and want to continue bringing East London the best entertainment.

“Our performers for this event will be using a live band, we won’t have people using CDs,” Moyana said.

To mark the big five, they have also partnered with music channel Trace Urban.

“Throughout the show Trace Urban will be broadcasting live and we also have Vuzu coming as well,” said Moyana.

So far Moyana said they have sold more than 5000 tickets.

“The stadium can only take up to 8000 and in the past our event has had more than 10000 people but this year we will be extra cautious on the numbers,” he said.

To ensure patrons were safe, Moyana said they would be sharing awareness messages throughout the evening.

“There will be warnings about drinks and peoples’ safety throughout. We have also been asked to have the gates close at 5.30am on Sunday to avoid people driving at night.

“The music will go off at 4am but people are welcome to stay until they are comfortable to drive or get taxis home,” he said.

lThe Cruel Summer Picnic organisers are giving away 10 double tickets to Daily Dispatch readers. To win, name one of the headline acts for this year’s event and e-mail the answer to competitions@dispatch.co.za. The competition closes at 1pm today. General tickets for the event cost R150 and are available from Computicket.