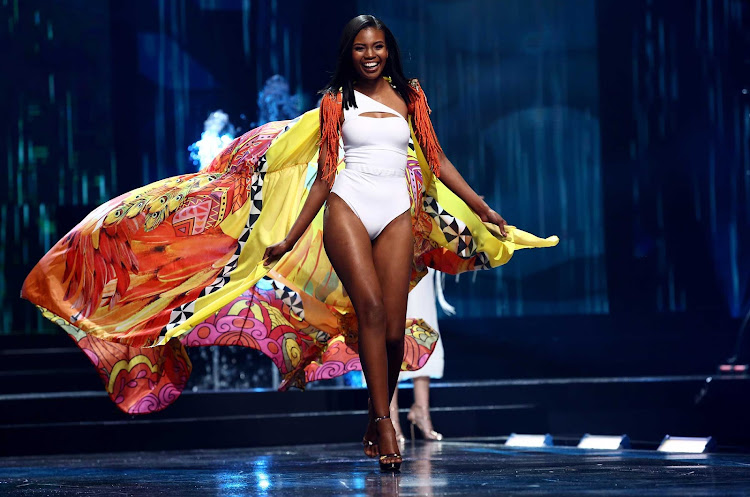 Nerves may have temporarily overwhelmed her during the Miss SA pageant but Mdantsane-born beauty queen Thulisa Keyi, who was crowned Miss World SA on Sunday night, says she wouldn’t change a thing about her performance.

Speaking with the Daily Dispatch yesterday, the former Khulani Commercial High School pupil, now 26, said she was honoured to have been crowned Miss World SA.

“Considering that this was my first pageant I am content with my performance. I believe we shouldn’t strive to be perfect but should rather find beauty in our imperfections,” she said.

Before the crowning of Miss SA, the two had to answer one last question before the judges’ final decision, and that is where nerves got the best of Keyi.

“We had rehearsals in the days leading up to the event but they were not smooth. On the night of the event nerves got the best of me during the questions, but there’s nothing I would change about my performance. I am pleased and honoured to have been crowned Miss World SA and I hope I do the title justice,” she said.

Keyi was not the only Eastern Cape beauty who carried the provincial flag high. Miss Eastern Cape Beauty with a Purpose 2016 winner Thandokazi Mfundisi made it to the top five of the pageant.

Reflecting on the journey, Mfundisi said she learned a lot about herself during the competition and has come out a stronger person.

“Not winning is not losing,” she said.

Mfundisi said through the competition she met a number of influential people whom she hoped to work with in the future.

“I have a couple of things lined up. It is still too early to tell at the moment, but there’s definitely something on the cards,” she said.

The 24-year-old said she was amazed by the support she has been receiving from the Eastern Cape.

“I honestly did not to expect that kind of reception away from home but they came out to support me,” she said.

Keyi will be competing in the Miss World pageant later this year in China. — poliswap@dispatch.co.za

As congratulatory messages poured in for Mdantsane-born Thulisa Keyi, the Eastern Cape government joined in the celebrations and praised Keyi for ...
News
2 years ago
Next Article